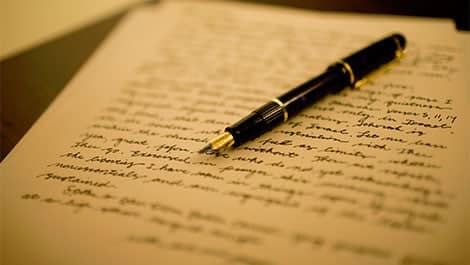 I APPLAUD your decision to introduce legislation to address the problem of thousands of trapped home buyers who are unable to get the deeds to the property they purchased due to their developer’s outstanding mortgage debt(s).

But to be effective the legislation must include the release of a deed that is encumbered by other debts and memos, including taxes owed to the state and local authorities.

The legislation must also ensure that trapped home buyers are not, under any circumstances, required to contribute towards paying a vendor’s debt(s) and tax liabilities – and that the fees payable to effect the transfer of the property are no more than the fees payable had the property been unencumbered.

Furthermore, once the property is registered in the name of its purchaser that purchaser must be free to mortgage the property, sell it, gift it, leave it to their heir(s) or dispose of it in any way they wish within the law – and subsequent owners must also be free to dispose of the property without incurring any costs over and above those that would normally be payable.

Any proposed legislation that fails to embrace the conditions above would be disingenuous and unacceptable.

The present system unfairly penalises home buyers who are unable to obtain title to the property they purchased through no fault of their own. This must change.

As you openly admitted in July last year, the state – government and parliament – has failed miserably over the Title Deeds issue. Not only has this miserable failure contributed to the decline property sales, it has also resulted in tarnishing Cyprus’ reputation in the international community and reducing the inflow of revenue to state coffers.

The most effective solution to the many problems associated with Title Deeds is to ensure that unencumbered title is available for transfer on delivery of a property to its purchaser(s). This solution would both:

(a) help to restore the island’s tarnished reputation and

(b) help the recovery of the island’s beleaguered property industry.

Other countries deliver unencumbered deeds on the delivery of a property, why not Cyprus?

There are numerous ‘idiosyncrasies’ in the present system. Perhaps the most obvious is that property ownership is dependent on whether a built property conforms to the permissions and permits issued for its construction; but only in some cases:

If a purchaser buys a property off-plan, a deed for that property will not be issued until that property has been completed and inspected by the Planning Authority and issued with a ‘Certificate of Final Approval’.

However a purchaser can buy a plot of land, pay the Property Transfer Fees and secure its title. That purchaser can then build a house on that land (having first secured the required permissions and permits) safe in the knowledge that they own the land and the house, regardless of whether the house has been issued with a ‘Certificate of Final Approval’.

Article 10 of the Streets and Buildings Regulations Law, Cap. 96, provides that no person shall occupy, use or permit any other person to occupy or use any building, unless and until a ‘Certificate of Approval’ has been issued in respect thereof by the appropriate authority. This law is almost universally ignored and, as far as I am aware, it is rarely (if ever) enforced.

What is the point of having a law that is never enforced? It might just as well be scrapped and replaced with something more appropriate.

A second idiosyncrasy is the fact that many home buyers are unable to obtain the deed to the property they purchased because their developer has failed to build roads, pavements and other infrastructure. Why should this be the case?

Anyone who has dealt with the authorities in Cyprus will appreciate the paperwork and mind-numbing bureaucratic processes involved. As many as 10 different permits from various local & central Government authorities may be required before a property can be legally built, owned and occupied. This number needs to be rationalised.

Cyprus agreed a target with the troika to ensure that the title deed issuance backlog dropped to less than 2,000 cases of immovable property units with title deed issuance pending for more than one year by Q4-2014, but there has been no public release on the reduction actually achieved. I know from the correspondence I understand that good progress was made, but can you advise how many cases remained outstanding at the end of 2014?

Over many years successive governments have made minor adjustments to the various processes involved in planning and the issuance of Title Deeds. These have all failed to reduce the time it takes to issue Title Deeds. Indeed it would appear that some of these adjustments have further complicated the system resulting in even longer delays. The ‘Town Planning Amnesty’ is a case in point.

Speaking in 2011 former Interior Minister Neoclis Sylikiotis said: “The approval by parliament of four of the five bills will solve the Gordian knot for the thousands of title deeds that have been pending for years now.” But once again, no official statistics on the number of deeds issued as a result of the amnesty have been released. Can you please advise?

What is needed now is a total review of the planning and Title Deed issuance processes and procedures by those with no interest in maintaining the status quo.

This review would be followed by redesigning and then re-engineering the processes involved to meet best business practices with the over-riding objective of ensuring that unencumbered title is available for transfer on delivery of a property to its purchaser.

In spite of the progress made to date there are still many thousands of properties waiting to be issued with their Title Deed as a result of unacceptably long delays in planning departments and Land Registry offices. In Paphos, for example, there are a number of cases where home buyers have been waiting for deeds since 1979.