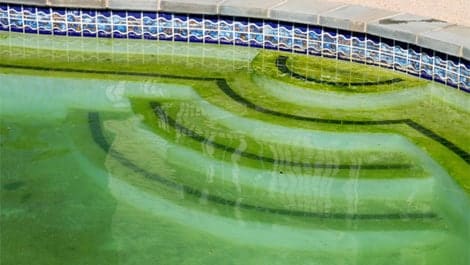 UNLICENSED pools in Paphos are causing a health hazard and attracting mosquitos, according to local officials who say they are addressing the issues.

Head of the Paphos municipality public health committee, Fylaktis Konstantinides, told the Cyprus Mail that the situation was out of control.

Konstantinides said that the problem was particularly prevalent at apartment complexes in Paphos, where many owners use them only as holiday homes.

“There are many swimming pools which have not applied for a licence to operate as such. I’m referring to public pools which are classed as public pools, such as those in a block of five or six flats. This obviously excludes hotels.”

The public health committee head said the pools shouldn’t be referred to as “illegal swimming pools” but “unlicensed swimming pools.”

Konstantinides noted that many foreigners own properties used as holiday homes in the town which lie empty for most of the year and this is where problems arise.

“There often isn’t anyone available to take care of these facilities, they lie half empty, some with stagnant water and this is attracting mosquitoes.”

He added that municipality technicians have followed up a number of complaints where water had been left to stagnate and also instances where furniture and other rubbish has been thrown into the swimming pools.

He said that attempts are first made to locate the owners, but failing that, the municipality will send out technicians to the site. They have so far cleaned a number of areas in the town and made them presentable.

“We can’t leave these areas in a state like this as it’s a health hazard. There are very strict regulations governing swimming pools, such as life guards being in place. But we are only talking about the basic hygienic measures. Regular analysis of the water and logs must be kept.”

He added that stipulations regarding obtaining a licence and what is required can be complicated but that forms are available from the municipality of Paphos.

“Someone has to be in charge of each pool and to be responsible. I would urge people to come and apply for a licence. Also if residents see that the upkeep of a pool not being undertaken properly and it’s creating a hazard, to come and let us know and we will take action.”

Konstantinides said that the current law states that swimming pools shared by more than one family are considered a public swimming pool and must adhere to strict regulations including the provision of a lifeguard, separate male and female toilets, showers and footbaths.

Many apartment owners say that this is a ridiculous stance by the government, loading them with hefty costs which are unnecessary as the pools aren’t open to the public.

However, despite attempts by a number of officials and developers to add provisions to the law to classify swimming pools at apartment blocks and complexes as private and not public, as they are for use by residents and their guests, such premises are still classified as public pools.

In addition, an announcement earlier this year stating that the Interior ministry was proposing a new law which makes a distinction between private and public pools and which would also classify swimming pools into five categories, outlining specific criteria for each, has yet to come to fruition.