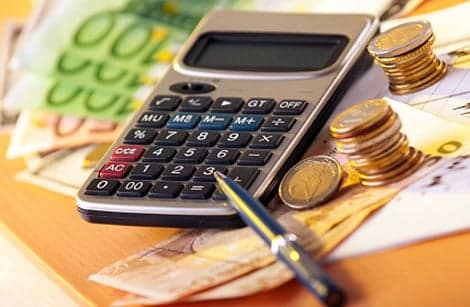 Speaking at the 54th AGM of the Institute of Certified Public Accountants, the president said the cabinet had made decisions that made the island’s tax framework fairer and more competitive, and most importantly, limited the tax burden, offering incentives for economic activity.

“Our clear and explicit goal is to become the first government in the history of the Republic of Cyprus to reduce public debt and reduce the tax burden at the same time,” Anastasiades said.

Heavy taxation cripples people and businesses and suffocate the economy, he added.

The basic reforms include tax breaks to encourage the flow of new capital in businesses, and extension of increased capital allowances on equipment and buildings until the end of 2016.

To attract foreign entrepreneurs and rich individuals, the government plans to introduce the ‘non-domiciled resident’ status.

“The substantive incentive these individuals will gain, provided they opt to be Cyprus tax residents, will be the exemption from the special defence contribution,” the president said.

The administration will also keep in place the tax incentives relating to the revenues of an individual who was not a resident of the island before the start of his employment.

Anastasiades also announced a 50 per cent cut in property transfer fees to “encourage transactions in the real estate sector.”

The government also plans to introduce full exemption from the capital gains tax of any future sale of immovable property acquired between the day the law is enacted and the end of 2016.

He referred to the decision to integrate municipal and state immovable property taxes into one, calculated on the 2013 evaluation at a rate of 0.1 per cent.

“I think the tax reform we are proposing makes our tax regime more attractive and confirms the basic political direction of our fiscal policy, through consolidation, rationalisation and proper administration, which prevents the imposition of any new taxes,” he said.

Anastasiades reminded his audience of the situation in Cyprus two years ago when the banking sector was on the brink of collapse and the state was bankrupt.

Two years later, Cyprus was on the way to recovery, he said, but noted that problems still existed.

“There are of course vulnerable groups who are suffering; there is certainly a large number of jobless people,” he said.

“I am certain that we will manage to overcome the problems affecting the people and not only the figures.”

Thousands of properties in Cyprus that have not been declared to the property Tax Department have been discovered during a revaluation exercise by the Department of Lands and Surveys according to the island's Interior Minister.
Read more
Articles

There have been a number of changes to various property taxes in Cyprus in recent times and a summary of the impact of those changes for individuals with property on the island are summarised below.
Read more