Real estate tax restructuring a must 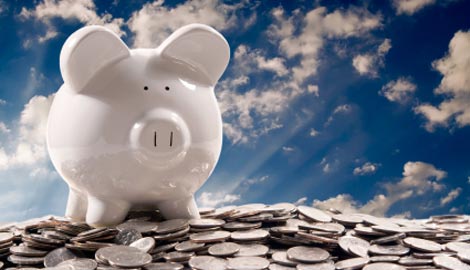 EACH and every property in Cyprus is taxed three times: at acquisition, while it is being held and on its sale.

It is a well-known fact that in Cyprus, properties are heavily taxed when they are sold or bought and they draw a negative comparison with what is the norm in other European countries.

It is also well known that the holding property tax was considered reasonable to low up to 2011, but when all taxes and levies were taken together Cyprus properties were burdened with average to high taxes when compared to other member states.

Since changes in the property tax were brought about in 2012, (from €12 million in 2011 to €105 million in 2014), taxes increased sharply placing Cyprus at the top of the list among European countries.

For the real estate sector to survive and prosper, owning a property for own use or as an investment, must be profitable.

Steep, unpredictable and complex taxes that currently exist in Cyprus make it not worthwhile and troublesome to own a property.

A good number of individuals and professional institutions have been suggesting for quite some time now, that property taxation must be simplified and set at a lower level. In addition, the government must offer incentives to boost sales.

Our suggestions are clear:

In principle, levies such as transfer fees or municipal immovable taxes should be in direct relation to the services offered by the state or municipal authorities.

Our suggestion is for every property to have its own, set ownership tax, irrespective of the owner. We also propose the setting of a ceiling both for the immovable property tax and the sewage fees so that the various authorities do not charge at will.

We applaud the government’s decision to incorporate the state and municipal property taxes. We object to the level of taxation which will be at the 2014 levels. This was a once-off cash injection for the state in 2013 and 2014 and should not continue.

We also agree with the reduction of transfer fees proposed and hope to see the legislation tabled soon. The Capital Gains Tax should also be lowered to compensate for the higher ownership tax.

Another injustice must be pointed out. Rent incomes are double-taxed. An income tax as well as a defence levy is imposed. Owners should be liable for either the one or the other.

We believe that our politicians mistakenly consider that anyone owning property is well off and must pay a wealth tax. If such a tax is to be introduced it must be done correctly. All assets should be taken into account not just real estate owned. Bank loans should also be an integral part of the equation.

It is vital to make sure that property tax is in no way related to the wealth tax. This would be a huge stumbling block to growth and will force many individuals to sell their properties. This will deal a deadly blow to the real estate sector, one of the main contributors to the government coffers.