Banks to recoup loans by ‘hook or crook’ 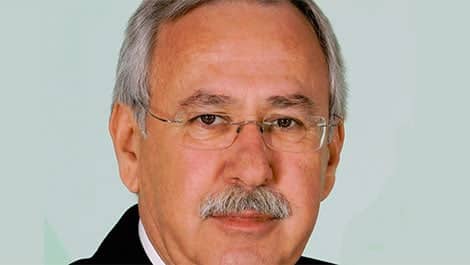 BANKS must “by hook or crook” find a way to recoup loans given to insolvent developers once ‘trapped’ properties are finally released to home buyers, Interior Minister Socrates Hasikos said on Thursday.

“Back when they were dishing out loans like there was no tomorrow, what were they thinking? Now let them work it out with the developers,” Hasikos said.

He was speaking to the Cyprus Mail after a joint session of the House interior and finance committees discussing a bill aimed at releasing house buyers from developers’ obligations to lenders.

The bill is meant to sort out the mess created by the failure to issue title deeds to people who paid for the property, either because the property was mortgaged by the developer, or the state could not go ahead with the transfer because of outstanding taxes.

Since developers’ land and buildings are counted as assets that need to be offset against their debt to banks, this gives lenders a claim on people’s properties that had been mortgaged by developers.

The bill grants the head of the land registry department the authority to exempt, eliminate, transfer, and cancel mortgages and or other encumbrances, depending on the case and under certain conditions.

It covers the period up until December 31, 2014. For transactions after that date, Hasikos said a separate bill would be submitted.

Banks object to the proposed legislation, arguing that lenders will take a hit once such ‘trapped’ properties are released.

Some 48,000 immovable properties lack a title deed, and another 30,000 do possess a deed but have not been transferred to their owners, according to the Department of Lands and Surveys.

Speaking in parliament, Hasikos differentiated between the two categories, explaining that a deed may be issued to buyers making regular payments toward their house, provided the property is ‘clean’, as in all the paperwork – such as town-planning permits – is in order.

Someone who made a down-payment of €1000 and has been paying €1000 a month in instalments would be protected under the new bill, he said by way of example.

For those with a title deed but where the property has yet to be transferred to them, the transfer could be completed within “approximately three months” of the owner applying to the Department of Lands and Surveys.

The banks association argued that the bill grants the Department of Lands and Surveys excessive discretionary powers.

Demetra Valianti Plati, a senior officer with the association, proposed that for complex cases the director of the Department of Lands and Surveys should assign the analysis of the data to a professional arbitrator, who will then decide the fate of the property.

“It is fair that buyers are protected by the law so that they can take possession of what they are entitled to. At the same time, this might interfere with the agreements between the banks and the developers.”

However, he added, the bill does give the option to transfer the mortgage from one developer’s property to another, so that the bank does not lose the security for the loan.

AKEL MP Yiannis Lamaris highlighted another drawback. The bill, he said, covers primarily those who have paid up in full for their residential unit or can settle the outstanding amount within 15 days.

But people who do not fall into this category would run the risk of having their homes repossessed.

Under an earlier deal struck between the government and the legislature, ‘trapped’ properties are to be exempted from foreclosure until September 5.

That is also the date by which the trapped properties bill must pass, so that Cyprus complies with the terms of its bailout programme and is eligible for the next loan tranche from its international lenders.

An extraordinary session of the House plenary is planned for next Thursday, September 3, to push the bill through.

Opposition MPs called for more time to discuss the legislation to get it right, even if it meant the €500m loan tranche is delayed by a few weeks.

But Hasikos sounded upbeat that a consensus can be reached by the September 3 date.

Asked by the Mail what would happen to developers’ obligations to the banks once a property is released to the buyer, Hasikos said the liabilities would not be written off.

“The developer’s obligation to the bank will remain. So the security for a developer’s loan for one building project could be transferred onto another asset.

“And if the developer has no other immovable assets, the bank will go for their liquid assets, cash, whatever,” he added.

“Let the banks find the money, by hook or crook. It’s on them,” he commented.

On the possible impact on the lenders, Hasikos said only that the Central Bank has done some number-crunching and “is OK with it.”