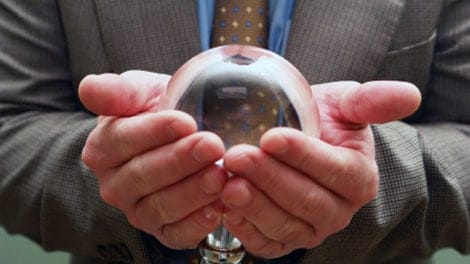 CYPRUS and Greek banks have historically relied on asset lending, with real estate underpinning the majority of loans in both countries. Asset lending means that banks lend money primarily according to the value of the asset pledged as collateral, rather than taking into consideration the ability of the borrower to repay the loan.

This type of lending is characteristic of markets with immature banking systems (and of banking practices in Western Europe and the USA during the 80s) where companies are unable to access capital markets (there is no developed stock or bond market) and are forced to collateralize their assets in order to get working capital to finance their operations.

When the borrower is unable to repay their loan, the bank forecloses on the asset and sells it in order to recoup the amount owed. It is at that point in time when the valuer will enter the spotlight as the bank will compare what it thought it would get (the valuation) against what it will actually get from the sale.

A heads-up to valuers as to what to expect: picture yourselves on the morning after your wedding day – you are hangover, your hair stinks of smoke, your mother is wondering where you are, and the hotel is getting your bill ready. Yeap, that’s what it’s all about.

Valuers suffer from an inferiority complex – nobody really understands what they do, they don’t make ‘big bucks’ like Chartered Accountants (even though they call themselves Chartered Surveyors), and everyone is usually shouting at them to ‘produce’ the value that they want.

Valuers are accommodating people, so they have long hidden behind a 1977 UK court ruling (Singer & Friedlander Ltd V John D Wood & Co) that stated that “Valuation is an art and not a science. Pinpoint accuracy is not, therefore, to be expected” i.e. the value they come up with is a ‘rough estimate’ with a margin of error of 15% either way. Thus, utilizing their artistic license, valuers have been known to come up with almost every value known to man (or woman). Now they will need to prove that their valuations are worth the paper they are written on, as banks will soon start selling their collaterals.

Imagine that you are a bank which lent €80,000 against a property valued in 2008 for €100,000. Very prudent one would say, as you have allowed yourself a 20% margin if prices drop. At the time, the credit officer proactively pushed the valuer to see the property with a ‘silver lining’ (e.g. my client is very important to the bank, they are selling units like crazy, etc.) and they juggled with him for hours, threatening not to use his firm again, unless he agreed to be paid €80 for the valuation (this is a real fee by the way).

The valuer gave the credit offer the number they demanded and added some assumptions for good measure:

Why these assumptions? Because the bank also told the valuer that they wanted the valuation within four working days and that they shouldn’t ask their client too many probing questions in order not to upset him.

The bank is now about to foreclose on the property – property prices are down 50%, but the bank is still OK because it has already taken provisions for this loss (shouldered by depositors, tax payers, and new shareholders). However, it turns out that the building has some illegalities and that the tenant has been paying half the rent recorded in the valuation. If the bank recovers €25,000 it should be ecstatic.

A new chapter in the relationship between banks and valuers is about to be written. Unfortunately for shareholders, neither side has an interest in actually setting the record straight.

Note: “Video Killed the Radio Star” was released in 1979 and made famous by the Buggles. The song’s theme was promotion of technology while worrying about its effects on media arts.