Property sales up 3 per cent 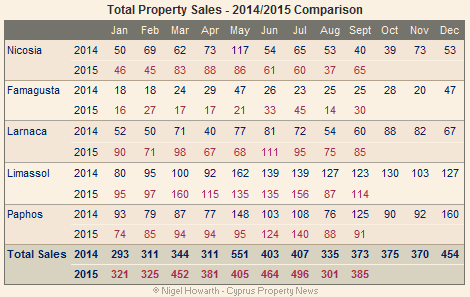 Following a drop in sales of 10 percent in August, the number of properties sold in Cyprus during September rose 3 per cent compared with the same month last year according to official statistics published by the Department of Lands and Surveys.

During September a total of 385 contracts for the sale of commercial and residential properties and land (building plots and fields) were deposited at Land Registry offices across Cyprus, compared with the 373 contracts deposited in September 2014.

Sales during the first nine months of 2015 are up 6% compared with the same period last year with the number of properties sold reaching 3,530 compared to 3,328.

Speaking to StockWatch, Pavlos Loizou MRICS VRS of Resolute Asset Management said that the property market has stabilised at a very low level of trading volume; this is expected to increase slowly as the island’s economy recovers. However the high volume of sales seen in 2007 are not expected to return.

Property sales to the domestic (Cypriot) market in September fell 2% compared to September 2014, falling to 261 from 266 last year. 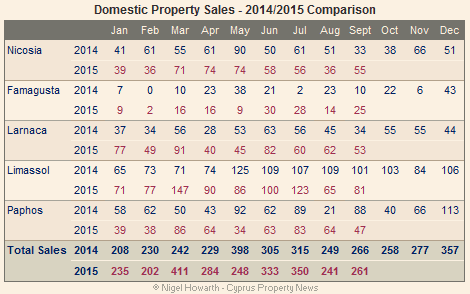 With the exception of Famagusta, where sales fell 67%, sales in Limassol rose 50%, sales in Nicosia rose 43%, while sales in Larnaca and Paphos rose 23% and 19% respectively. 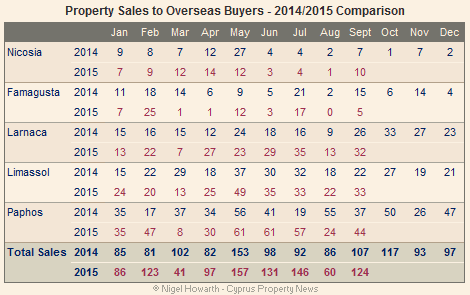 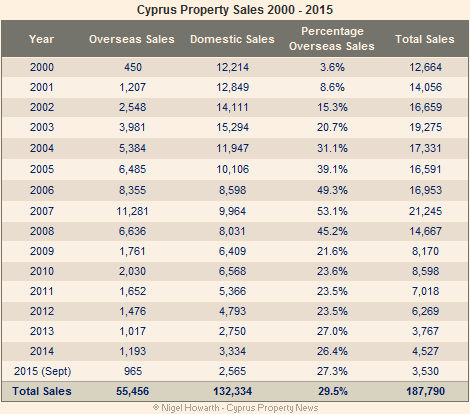