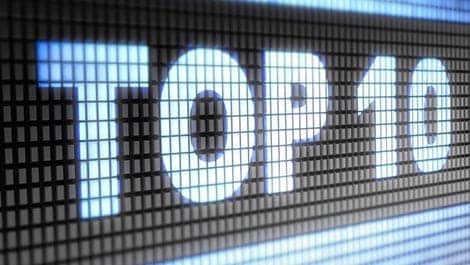 CYPRUS Property News attracted more than a million visitors since the start of the year and here is our list of the top 10 news articles and stories that have attracted the most interest from you, our readers during 2015.

At number 10: Troika turns up the heat on Title Deeds – Money talked when the troika of Cyprus’ international lenders said that they would not release a tranche of bailout loan until Cyprus enacted legislation to protect those home buyers who had paid for their properties but had not received Title Deeds.

At number 9: Hidden mortgage bill passed – News that MPs had passed a bill to sort out the mess created by the failure to provide Title Deeds to people who had fulfilled their contractual obligations to their developer, but who could not get their Title Deeds due to their developer’s debts.

At number 8: President abandons home buyers – News that Cyprus president Nicos Anastasiades rejected a bill banning banks from repossessing homes that their purchasers had paid for because it created a general and permanent shield, not for vulnerable groups, but a number of sellers and land developers. (This was subsequently overtaken by the passing into law of the ‘hidden mortgage’ bill.)

At number 7: ECJ ruling protects consumers with Swiss franc loans – A report from a lawyer in whose opinion those who received loans in Swiss francs from banks were protected from exchange rate fluctuations following a ruling from the European Court of Justice (ECJ).

At number 4: Title Deeds a complete and utter mess – An article from early in the year when MPs voted though amendments preventing banks from repossessing homes that people have paid for, although home buyers would still be unable to secure their Title Deeds until their developer’s debts had been repaid.

At number 2: Cyprus property valuations now online – Another article that we published last year explaining how home buyers could find the taxable value of their property following its revaluation by the Department of Lands and Surveys.

At number 1: Apply for your Title Deeds now – Details of how home buyers unable to get the Title Deeds to the property they purchased due to developers’ debts should apply to the Land Registry to secure those deeds; application fee €10/purchaser.

I’m pleased to say that after many years of inaction that Cyprus (with a little help from the troika) introduced a number of significant property-related reforms over the past twelve months; in particular the ‘hidden mortgage’/trapped buyer bill’ which has resulted in many thousands of people applying for the Title Deed to the property they purchased – and also the reduction in Property Transfer Fees for transfers that take place by 31st December 2016.

There remains much work to be done and let’s hope that Cyprus doesn’t rest on its laurels but continues to work towards providing a safe country in which to purchase property with effective laws to protect buyers’ interests – and unencumbered Title Deeds available for transfer on delivery of a property.

May I take this opportunity to thank you for your support and wish you all a very Merry Christmas and health, happiness and success in 2016.

Property sales to the domestic market in Cyprus showed a marked improvement in June, although sales to the overseas market have yet to show any signs of making a recovery.
Read more
Investor Centre

The new reality since the lockdown in Cyprus is that all sectors of the real estate market have come to a standstill and many transactions already agreed in principle or even midway through have been frozen or postponed.
Read more
Property Sales