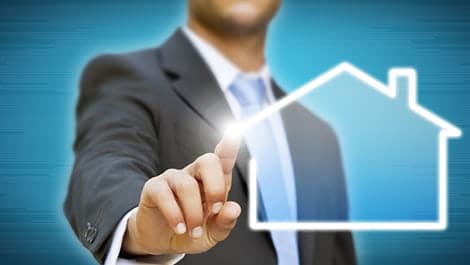 CHESTERTONS, the international property agency established in 1805, stated that it is witnessing growing interest from the UAE and GCC investors for luxurious Cyprus based properties. As per reports, the property sales in Cyprus rose by 23% in October this year compared to 2014.

“Cyprus is now being viewed as the next hotspot after top investment destinations like London, New York and Paris. The economy of Cyprus is set to take-off due to the government’s stringent reformative measures. The Q1 growth levels were gradual, however, this was followed by a surge in Q2 and the economy reported an even faster growth in Q3. The country is now being applauded for its focus on reforms, higher economic growth factors, stability in the banking system and for pushing the country’s fiscal performance towards a positive trajectory,” said Yiorgos Georghiou, Sales Director at Limassol Marina.

Part of the prestigious Lanitis Group of Companies, Cybarco, is the developer of some of the most prestigious projects in Cyprus and has over 70 years of expertise in developing high end projects both in Cyprus and abroad. Due to the growing overseas investor interest, Cybarco recently unveiled Limassol Marina’s high end residences to GCC investors through Chestertons.

“Cyprus has carved a niche for itself over the years and the investors in this region are seriously considering properties in this country. Limassol Marina is an exclusive waterfront development designed by world-renowned team of architects and engineers. It combines elegant residences and a full service marina with an enticing mix of restaurants and shops, to create a lifestyle uniquely shaped by ‘living on the sea’. This outstanding collection of stylish homes provides a luxurious retreat just a short stroll from the historic heart of Limassol town. Limassol Marina consists of 162 luxury apartments and 74 exclusive properties comprising of peninsula and island villas,” said Declan McNaughton, Managing Director, Chestertons UAE.

As per the statistics disclosed by the Department of Lands and Surveys of the country, the number of properties sold in Cyprus during October 2015 increased substantially. Around 463 contracts which included the sale of residential and commercial properties were recorded at the Land Registry offices across Cyprus, compared with 375 recorded last October. Out of the 463 contracts, 76% (352) were domestic buyers, while 24% (111) were non-Cypriot investors.

“We have received a considerable amount of interest from Middle Eastern investors who are seeking to establish their second homes overseas. With a surge in demand for foreign properties by Middle Eastern buyers, Chestertons is now able to offer an extensive range of international property options from our office in Dubai,” said Brennon Nicholas, Head of International Sales, Chestertons MENA.

“This integrated waterfront development has 650 berths for yachts up to 110m. It offers luxury apartments and villas with private berths or direct access to the beach. All residences benefit from stunning sea views, every modern comfort and the highest standard of living. The development is surrounded by dining and shopping establishments, spa, fitness and cultural facilities throughout the year,” added Brennon.

Chestertons, has created a new ‘International Properties’ arm that will focus on EU based properties for UAE investors. This new division will also help the Emiratis to explore several new investment opportunities due to the current visa-free-travel status in the Schengen zone. The company will facilitate UAE investors to buy properties in Spain, Monaco, Cyprus and several other EU countries from its office in Dubai.