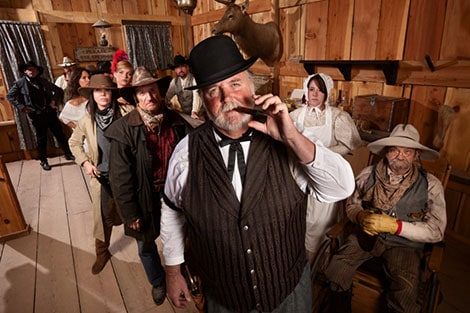 THE CHAIRMAN of the Cyprus Real Estate Agents’ Association, said that non-licenced property mediators helped sell properties in Cyprus at excessive prices to foreign buyers, threatening the recovery of the property market.

“There are some crafty, unlawful real estate agents who take advantage of foreign buyers,” Marinos Kynegirou said in a telephone interview on Friday. “They inflate prices of some properties worth only €200,000, to €300,000 to take advantage of the increased interest for real property in Cyprus”.

The association’s chairman said that “several dozen” mainly Chinese property buyers already fell victim to people who act as real estate agents while in reality they are not registered at the Real Estate Registration Council, which tests the suitability of candidate real estate agents in written exams.

Kynegirou added that while some of the alleged victims filed complaints, because of the size of China’s population, estimated at almost 1.4 billion, the cases reported did not “dramatically” affect demand for property in Cyprus.

Chinese property buyers, together with Russians and citizens of Arab countries are one of the main categories of foreign property buyers in Cyprus, he said. While the vast majority of foreign buyers focus on residential property, there is a small number who bought hotels, he added.

The reputation of Cyprus’ property market suffered in recent years because of laws which made impossible for buyers to get a title deed for properties they paid for if the developer who sold it was insolvent. The Cypriot parliament passed a law in September to address this issue.

In 2015, the number of properties bought by non-Cypriots rose 46 per cent to 646 compared to 2014, which is 13 per cent of last year’s total property transactions, according to the latest official figures. Demand for Cypriot property by third-country nationals increased as a result of incentives offered to buyers, which include tax breaks and a speedy issue of a residence permit for buys worth over €300,000. Third-country nationals can also apply for a Cypriot passport after investing more than €2.5m.

Kynegirou added that the property market would stabilise further in 2016 after prices, which are currently “attractive,” showed the first tentative signs of stabilisation. “This year will be better than 2015,” he said, adding that the turbulence at the Chinese financial markets and the drop in revenue from the sale of oil in Arab countries and Russia would not affect demand for Cyprus.

“China and Russia have so many millions in population and it only takes a small fraction of their population to cause an increase in property sales,” he said. “Crises in these countries do not play any role when we are talking about several dozen transactions (in Cyprus)”.

The chairman of the real estate agents’ association said that while construction activity picked up in the second half of 2015, there was still considerable property stock available for sale.

According to the latest Central Bank of Cyprus figures, the value of non-performing loans extended for construction and real estate purposes stood in September at €5.1bn and €2.4bn, accounting for 78 per cent and 55 per cent of the respective categories. More than one in four non-performing loans in the Cypriot banking system is related to construction and real estate.