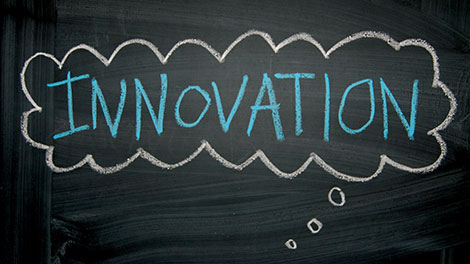 ON FRIDAY, February 5, a seminar on Resolving Non-Performing Loans (NPLs) with innovative solutions was held at the Filoxenia conference centre in Nicosia under the auspices of the European Investment Bank (EIB), the Ministry of Finance and the Cyprus Chamber of Commerce and Industry.

The seminar was organised to bring to Cyprus the key international financial institutions (IFIs), the major stakeholders in the global financial world which have the financial strength and know-how on best practice in resolving non-performing loans (NPLs) based on their global presence, observation and research. These are the IMF, the European Investment Bank, the European Bank for Reconstruction and Development and the International Finance Corporation (a wholly owned subsidiary of the World Bank).

The issue of NPLs, and the recent experience internationally, was presented together with the actions taken by other countries to address the problem. The IMF research clearly has been the most authoritative and comprehensive, and those present could have been left in no doubt that action over NPLs is necessary since a country cannot simply grow out of the problem. NPLs act as a drag on economic growth, thereby impacting swift bank resolution of NPLs.

It was generally accepted by all participants that the Cyprus economy has weathered the financial dislocation which the closure of Laiki and the bailing in of Bank of Cyprus created. The strict adherence to the MOU by the government has been on the whole beneficial for public finances, but the public finance correction in itself will not bring the growth that is essential to assist in the debt recovery and restructuring of NPLs by banks. In fact, the global economy is facing “unforgiving” developments to quote the Bank of England governor. The developments in China, the collapse of energy prices and the disinflation in the Eurozone are likely to impact Cyprus in a negative way.

The successful bank recapitalisation and recent increased provisions are very promising for the banking industry but are not enough. As one of the leading participants at the seminar highlighted “if there is another economic crisis and worsening of the banks collateral, there will not be enough capital cushion given the size of NPLs on the banks’ balance sheets.”

In terms of the tools the banks have at their disposal these were quite broad and supportive in managing their NPLs, as one banker suggested, however, there was scepticism about the implementation of the foreclosure law which has stalled over the last year.

Legislation without enforcement means trouble ahead

In the IMF’s opinion, legislation that does not translate into enforcement means trouble ahead. The House of Representatives has watered down the speed and efficacy of the laws passed so much that banks probably cannot act on the strength of swift court action and have to rely on out of court settlement which requires the co-operation of borrowers.

In this regard, an increasing number of borrowers are more amenable to restructuring. Hence we see loan for asset swaps and split loans for restructuring. These measures can support the efforts of the banks which have been trying to undertake work outs in a very hostile environment. Banks need to protect their capital positions and will not increase lending when there is so much uncertainty in the economy, and so few credit worthy borrowers. Bankers at the seminar felt they have substantial liquidity but not many creditworthy borrowing requests. One of the bank actions which can assist their debt collection is to outsource the loan servicing which is what the IFC has suggested works in several countries where there were high NPLs.

In addition, there are capital markets instruments, as we have seen in the case of Italy, where securitisation has been agreed. This would entail the issuance of senior debt by a special purpose company to acquire the NPLs via the issuance of several tranches of debt of which the senior would be guaranteed by the Italian government on conditions laid down by the EU. Such a transaction, however, would not work in Cyprus in view of the lack of significant loan diversification which is necessary to get the senior tranche of such a funding debt issue to investment grade. An asset management company with a centralised focus and funded by the government, as witnessed in most countries with smaller NPL problem in the world, would not be possible in Cyprus anymore due to the implementation of the EU Bank Resolution and Recovery Directive and the bail in implications.

Therefore, the banking system in Cyprus will focus on internal working out of the NPL problem using restructuring of loans and will depend on the recovery of businesses and the real economy at large.

In general the key observations of the IFIs and local participants were as follows:

The progress will be slow and painful but the reality is that the private sector is over borrowed and what is needed is additional equity. The IFIs represented at the seminar, particularly the EIB and IFC, outlined some of the innovative tools that have been used in other countries. These were as follows:

The NPL problem will not be resolved swiftly

To sum up the essential messages of the seminar, one can say are that the NPL problem will not be resolved swiftly and banks will continue with their work out solutions employing the wide range of products at their disposal. There is not much scope for government intervention. The government has passed most of the legislation required to empower banks to enforce their claims but as expected untested laws take their time and hence banks will build on their recent improved performance.

The efforts of the banks can be supported by outsourcing of loan servicing and where it is feasible, by additional equity that is used to reduce indebtedness of borrowers. The preferred solution of banks is to continue the current approach with the Central Bank overseeing and monitoring the progress of banks. (The impressions are from views expressed by participants).

Cyprus is one of those countries that actively advertises its real estate market and offers additional perks that can come with the purchase – such as residence permit or even a passport.
Read more
Property Sales

The number of property sales contracts deposited at Land Registry offices across Cyprus recorded a sharp drop in May.
Read more
Non-Performing Loans