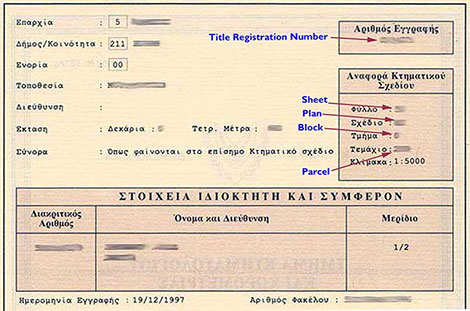 ALMOST 8,500 buyers whose properties were used as collateral for loans by insolvent developers have applied to have them released, the interior ministry said.

A law allowing ‘trapped’ buyers to have their properties disengaged from developers’ obligations to banks was passed last September.

The bill was designed to sort out the mess created by the failure to issue Title Deeds to people who paid for the property, either because the property was mortgaged by the developer, or the state could not go ahead with the transfer because of outstanding taxes.

In other cases, Title Deeds have been issued to the developer but lenders’ claim on the property forbid the transfer to the buyer.

The law grants the head of the land registry department the authority to exempt, eliminate, transfer and cancel mortgages and or other encumbrances, depending on the case and under certain conditions.

The matter concerns some 78,000 cases of buyers who either do not have a Title Deed for various reasons or the property has not been transferred to their name.

“As of today, 8,430 applications have been submitted, of which 3,000 relate to properties for which a Title Deed has been issued,” the statement said.

“Of these, 2,000 have already been processed and are in the process of being transferred.”

A total 80 Title Deeds have been irrevocably transferred, while in another 80 instances the parties involved arranged for a private transfer between them, and thus these applications are considered settled, the Interior ministry added.

The remaining 5,500 applications relate to properties without Title Deeds.

“It is noted that 30 per cent of Title Deed applications are with the relevant local authorities for the issuance of completion certificates or division permits,” the statement noted.

It added that significant delays are observed at local-authority level, owing to various irregularities, such as pavements, green areas, etc.

“It is hoped that in this way the issue will be regulated once and for all, and the issuance of Title Deeds for all property buyers will be expedited drastically.”