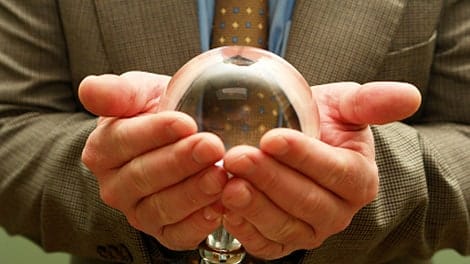 STOCKWATCH carried out a survey recently in which it asked ten estate agents and valuers for their opinion on the prospects for the residential property sector. Although they agreed that 2016 will be the best year since 2008, opinions varied on the speed of a recovery in prices.

Half of those who took part in the survey expect property prices to stabilise at last year’s levels in 2016, while others anticipate that prices will recover following the downward trend since the property bubble burst.

The property sector appears to be recovering after many years of recession. The latest official figures from the Department of Lands and Surveys reveal that the number of property sales in Cyprus increased by 28% during the first two months of 2016 compared with the same period last year – and both the Central Bank’s Residential Property Price Index and the RICS (Cyprus) Property Price Index report a slowdown in price falls.

The estate agents and valuers believe that residential property prices have bottomed out and they do not expect to see further price falls in 2016.

Property valuer Polys Kourousides considers that that prices will stabilise in good urban areas, but added that property prices in rural and surrounding areas may see a small reduction.

Fox Smart Estate Agency chief, George Mouskides, who is also president of Cyprus Land & Property Owners Association (KSIA), believes that the situation is fluid as both positive and negative elements are affecting the market. He considers that it is more likely that while there is pressure to stabilise prices property sales will gradually improve but there is a possibility of marginal increases in prices

Andreas Andreou from APS Property considers that the value of apartments and houses will rise in 2016 and expects apartments to fare better than houses.

Speaking to StockWatch he said “I expect that Nicosia and Larnaca will see a relatively higher increase, followed by Paphos and Limassol. Famagusta will most likely be last as it is more affected by seasonality.”

Solomon Kourouklides of Buy-Rent-Property in Limassol, who is also the first vice president of the Cyprus Real Estate Agents Association, told StockWatch that the fact that Cyprus is no longer in an adjustment program, is encouraging for foreign and local investors.

Marinos Kynegirou of Marinos Kynegirou Estate Agencies and president of the Professional Real Estate Agents Association believes that stabilisation will continue through 2016. However, he did not rule out the possibility of price increases in more advantageous and commercial properties.

Andreas Andreou of Sabbianco Properties in Nicosia expects property prices to increase by up to 15%.

Speaking to StockWatch he said “In the first three months of the year, there is stabilisation with an upward trend. In houses, the increase is expected to reach 15% in 2016 while apartments show a different pattern as there are no good options for sale.”

Charalampos Petrides of Landtourist Estates, believes that prices of good properties in seaside areas will improve, while those in city centres will stabilise.

Koullis Talatinis of Rois Nicolaides Talatinis and president of Cyprus Realtors, also considers that prices of good properties and properties in seaside areas will increase, while those in areas surrounding cities will fall.

Paphos valuer Thomas Demopoulos of Axia Chartered Surveyors noted that the main consideration is the attitude of banks regarding bad loans.

Speaking to StockWatch he said “If there is a positive attitude from the side of the banks, the property market is going to recover” adding that those wishing to buy property before the end of 2016 will benefit from a reduction in Property Transfer Fees and Capital Gains Tax when they sell.

Photis Photiou of Photiou Estates in Famagusta, noted that the property market is improving and he expects that much of the growth will occur in Paphos and Famagusta.

It appears that Chinese property buyers are now being targeted by nefarious elements involved in the Cyprus property industry now that British buyers have finally wised-up to the scams.
Read more
News

A 60 year-old employee of a real estate agency in Geroskipou, Paphos was taken into police custody on Saturday in connection with a land scam case and has been remanded for three days.
Read more
News

Estate agents from the EU are free to establish themselves and exercise their activities in Cyprus following actions taken by the European Commission.
Read more