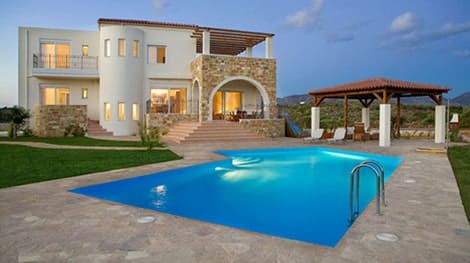 MORE than 306,000 taxpayers will be called on to pay Immovable Property Tax worth €65.3 million, if the new 0.05% property tax rate is passed by the House of Representatives.

The government expects to collect only €44.4 million of the €65.3 million due, however, due to a promised discount to those who pay their taxes on time, and the fact that only 85% of taxpayers paid their taxes during the past two years.

According to data submitted by the Ministry of Finance to the House Finance Committee, the 306,000 taxpayers correspond to 82.5% of the total, who would pay according to the new tax rate and at 2013 valuations. The value of immovable property on the basis of the 2013 valuations is estimated at €130.6 billion.

Big owners owe the most

Meanwhile, in a letter to the Minister of Finance, Harris Georgiades, and the president of the House Finance Committee, Averof Neophytou, the Cyprus Chamber of Commerce and Industry (KEVE) touches on a series of issues that are related to the Immovable Property Tax bills under discussion. The letter, signed by the General Secretary of KEVE, Marios Tsiakkis, states that the Chamber is in agreement with adopting a single tax rate of 0.05%.

However, regarding the way in which the value of the property is estimated, the Chamber finds mistakes, and suggests a number of changes, such as allowing taxpayers to submit an objection without any time restrictions. Objecting taxpayers would be called to pay their tax until the objection is settled and the difference paid.

Meanwhile, Cyprus is in danger of paying a €10 million fine for not complying with European regulations and putting in place a 19% VAT on the sales of plots of land for commercial activities.

According correspondence between Cyprus and the EU, the directive on VAT should have been implemented by the end of 2007, but the government has been requesting extensions since then.

In addition, according to the documents sent by the government to the House, the government will pay an additional €3.6 million fine for every six months that it does not comply with the EU directive.