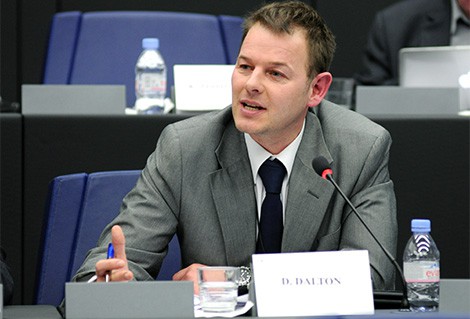 THE CYPRUS ‘trapped buyers’/’hidden mortgage’ law enables property buyers to get the Title Deeds for the property they purchased despite the fact that their transfer was blocked because their developer was either unwilling or unable to settle his relevant debts.

However some problems remain – in particular who pays for the work necessary to enable Title Deeds to be issued. Daniel Dalton, MEP for the West Midlands tried to get clarification on this particular issue from the European Commission.

With reference to Directive (EU) 2015/1208, adopted by the Council in July 2015, there appear to be a number of issues with British citizens being unable to obtain Title Deeds from the Land Registry in Cyprus in respect of an unfinished resort.

I understand that once a Certificate of Final Completion is issued, the Title Deeds are released. However, in this circumstance the residents have paid for the completion of a resort that is not eligible for Title Deeds, and therefore cannot obtain legal ownership. Although the Commission has assisted some owners, many others are experiencing problems.

Could the Commission confirm whether or not in its view these residents will be liable for the costs of completion if the Land Registry issues the Title Deeds for the resort?

Answer given by Mr Moscovici on behalf of the Commission

The Commission has paid special attention to the issuance of outstanding Title Deeds and their subsequent swift transfer. According to the information available to the Commission, for properties bought before 2015, where the buyer has completed his contractual obligations and filed a corresponding request, transfers require only the issuance of a Title Deed, upon a certificate of final approval with no major violations of building and planning permits. In case of such violations, titles may sometimes be issued, but are ineligible for transfer to buyers until the violations are rectified.

Recent reforms seem to have widened the range of minor deviations tolerated from building and planning permits. In principle, liability for the rectification of non-tolerated deviations rests with the title holder, subject to confirmation by the relevant national authorities. The distribution and recourse of related expenses between buyers and sellers could likely depend on the specificities of the property purchase contracts between them. Within the programme, Title Deed issuance and transfer legal uncertainties have been reduced. However, some uncertainty remains, in particular, pertaining to developments with planning permit violations.

Under the scope of EU surveillance and technical assistance, the Commission continues to focus on the matter in cooperation with the Cypriot authorities. However, the resolution of specific cases remains fully within the realm and under the responsibility of Cypriot authorities and courts.

Daniel Dalton is a former cricketer and a Conservative Party politician in the United Kingdom who has been a Member of the European Parliament since January 2015.

The revised 'trapped buyers' bill designed to overcome the problems of the current law has been approved unanimously by MPs, but legal services have doubts that constitutional difficulties could not be resolved.
Read more