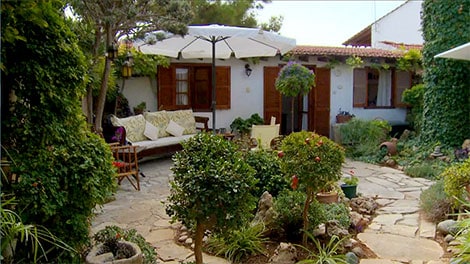 PROPERTY sales in Cyprus increased by 26 per cent in July compared July last year according to the latest official figures published by the Department of Lands and Surveys.

During July a total of 625 contracts for the sale of commercial and residential properties and land (building plots and fields) were deposited at Land Registry offices across the island; an increase of 26% over the 496 sold in July last year.

However the demand for properties being auctioned is extremely weak. Of the 43 pieces of real estate that were offered at auction in July, only 6 were purchased.

The number of contracts includes ‘non-sale’ agreements such as loan restructurings, recoveries and debt-to-asset swaps agreed between the banks and defaulting borrowers. As these ‘non-sale’ agreements are not recorded separately, there is no clear picture of the actual demand for property.

With the exception of Famagusta, where sales during July fell 40% compared to the same period last year, they rose in all other districts.

During the first 7 months of 2016 property sales have risen 28% to reach 3,637 compared with 2,844 during the corresponding period last year.

Property sales have risen in all districts. Sales in Limassol have risen 37% and have risen by 30% in Larnaca. Sales in Nicosia, Paphos and Famagusta have risen 23%, 20% and 19%.

Property sales to the domestic (Cypriot) market in July rose 24% compared to July 2015, with sales reaching 434 compared with 350 in the same month last year.

(Note that domestic sales include ‘non-sale’ agreements and the figures presented do not truly reflect the number of ‘real’ sales.)

While sales in Famagusta and Paphos fell by 32% and 11% respectively compared to July last year, they rose in the other three districts.

Sales in Nicosia rose 68%, while sales in Larnaca and Limassol rose 52% and 27% respectively.

Property sales to the overseas (non-Cypriot) market rose 31% in July compared with July 2015 with 191 properties being sold compared with 146 in the same month last year.

While sales in Famagusta and Larnaca to the overseas market fell 53% and 9% respectively compared to July 2015, they rose in all the other districts.

In percentage terms, Nicosia led the way with sales to the overseas market up 100% compared to July 2015, while sales in Limassol, and Paphos rose by 94% and 39% respectively.

With the exception of Famagusta and Paphos, where sales have fallen by 17% and 4% respectively, they have risen in all the other districts.

Sales in Limassol have risen 43%, while sales in Larnaca and Nicosia are up 16% and 11% respectively.