Recidivism: the curse on Cyprus 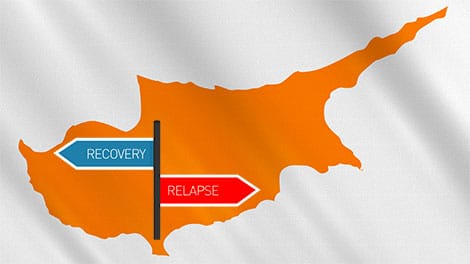 WITH the 2013 financial crisis in Cyprus, the intervention by the Troika (EU, ECB and IMF) brought not just a last minute rescue but also heralded the wholesale reform of Cyprus’ financial institutions, economy, government structures and ways of doing things.

The Troika’s message was that there would be no more ‘business as usual’, no more acceptance of cosy incompetence and casual inefficiencies and no more blind eyes being turned to fraud, corruption and rusfeti, all of which had been instrumental in causing the 2013 crisis.

The Memorandum of actions and reforms imposed on Cyprus by the Troika, as a condition to receive the bailout funds, came as a shock to a society in which incompetence, inefficiency, fraud, corruption and rusfeti had become part of the cultural DNA.

So, three-and-a-half years on, has there been the kind of sea change envisaged by the Troika in 2013? Has there been excellent progress, little progress or somewhere in between? From here on, are there any dangerous icebergs looming out of the fog that Cyprus needs to avoid?

The Anastasiades government, and especially Finance Minister Haris Georgiades, has worked something of a miraculous turnaround in the state’s finances and managed to exit the bailout programme in record time, given the gravity of the nation’s dire state in March 2013. The economy is now stable and there is a mood of optimism generally in the population for a gradual improvement and strengthening of the economy.

Although not yet complete, major structural and procedural reforms are underway in the public sector and the banks. Although there is still some way to go, the attitude of officials in dealing with citizens and customers has also shown a marked improvement and is now far more helpful and respectful than in earlier years. To paraphrase former UK Prime Minister Tony Blair, public sector officials are now accepting that they are the servants of the public not their master, i.e. the public do not exist to provide public servants with a comfortable well-paid job.

Moreover, the government, through the combined efforts of the Interior Minister, Auditor General and the Attorney General, has put into effect one of President Anastasiades’ early policies on coming to power, namely the pursuit of those engaged in fraud, corruption and money laundering which was having such a damaging effect. For the first time in the Republic’s history, many of those ‘big shots’ who seemed to regard themselves as untouchable and immune to investigation and prosecution have found themselves in court, being convicted of serious criminal offences and being sent to jail for lengthy terms.

Here, are a few recent and current examples.

As I noted in Risk Watch in December 2014, for a very long time, Cyprus has suffered from a pernicious form of corruption that goes far beyond petty and even grand corruption, namely ‘sovereign corruption‘.

Widespread collusion occurs over a very long period between, on the one hand, unethical companies and their bosses (for example, those engaged in wholesale cheating of customers, suppliers and/or the taxpayer) and, on the other hand, party hacks across the political spectrum and officials of successive administrations and local authorities. This is to the detriment of the public interest in general and particular classes of person or corporate entity or particular individuals and organisations. If the government fails to radically correct the tainted system and the collusion, it creates an impression that corruption has become an accepted and institutionalized fact, i.e. an instrument of state policy. That is sovereign corruption and it is essentially what the present government is seeking to combat.

Despite the valiant efforts of the government over the past three years, there is much observational and anecdotal evidence that once the Troika bailout programme ended (and even before), anti-reform forces were already at work. There is still a strong pervasive element in society that wants, almost desperately so, to return double quick time to the ‘good old ways’ (or bad old ways, depending on your view).

Reckless borrowing and debt default at other people’s expense is their metier. Demetris Georgiades, Head of the Fiscal Council, hit the nail on the head very recently when he said: “All those who believe that the exit from the (bailout) programme will give the green light to return to practices of the past, will soon realise that this is not the case”. But, therein lies the problem. There may well be no green light for that but the forces of recidivism are not taking much notice.

An anecdotal example says it all. As reported to Risk Watch by someone who was present, a small group of Cypriot developers held an informal meeting at which they were jumping for joy now that the bailout programme was ending. However, their joy was not just confined to seeing the last of the Troika. The conversation went something along the lines of: Well, we ripped off the Brits, then the Iranians, then the Russians and now the Chinese. Who’s next? The Cyprus Property Scandal of developer fraud is being revitalised.

Such reportage suggests that sections of the business community still retain their old rapacious model for making money, in which foreigners are specifically targeted for fraud. Mr Georgiades, I’ve got news for you: such recidivists are not listening to you, are not frightened by you and will thwart your best efforts to combat them.

One also has only to look at what has been happening in the public sector companies scheduled for privatisation. Staff at CYTA, EAC and port pilots at Limassol have all been variously engaged in trying to thwart any change in the status quo. This privileged minority of economic saboteurs, recidivists to their core, are determined to protect their historically over-generous remuneration, pensions and terms and conditions, at the expense of the taxpayer and the economy.

Unless the government cracks down hard on the recidivists in all their forms, I predict that Cyprus is likely to hit another 2013 scale financial crisis within the next five years.

Dr Alan Waring is an international risk management consultant who has written the Risk Watch column in the Financial Mirror since 2004.

His latest book Corporate Risk and Governance is at https://www.routledge.com/Corporate-Risk-and-Governance-An-End-to-Mismanagement-Tunnel-Vision-and/Waring/p/book/9781138274761.