Home Articles Taxed on olive tree he does not own
Articles

Taxed on olive tree he does not own 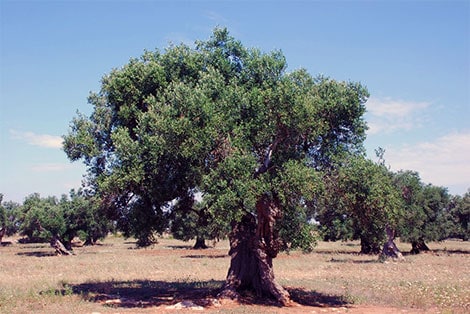 ALMOST ten year ago a Greek friend who was living in Cyprus at the time sent me a poem about olive trees.

Although I found it quite amusing, it contains more than an element of truth as you will see from the article that follows:

I bought a field in Cyprus where grew an olive tree,
I watered it and pruned it with assiduity,
Until I found I owned the ground
But did not own the tree.

So I bought the tree, for weeks I thought
The haggling would not stop.
Now I can pick my olives, and start a little shop.
Oh No, they cried, you bought the tree but not the olive crop.

At least I can sit under it, a little seat I made,
Where I could smoke a cigarette and drink some lemonade;
But no, although the tree was mine
I did not own the shade.

In my despair, I cut it down, if not for shade or food,
It might provide a cheerful fire
If that was all it could . . .
Alas, although I had the tree, I did not own the wood.

And now the bizarre story about a Cypriot man who was forced to pay property tax on an olive tree he doesn’t own.

A TAXPAYER has decided to pay the property tax on an olive tree he does not actually own because setting the record straight would cost him much more.

Olive trees have long had a special status as property in Cyprus because of their potential to bring in a significant income to their owners. There have, however, been cases were a piece of land belonging  to one individual contains olive tree or trees belonging to someone else.

A Phileleftheros reader told the paper that he had been notified to pay a €1.50 levy on his property tax notice this year. He later checked his property tax for last year and saw the same olive tree tax fee.

When he approached Tax Department to seek an explanation, the man was told that his wife appeared to have inherited an olive tree in the Paphos district village of Droushia in 1954 and that was what they were being taxed on.

The man explained that his wife had not even been born in 1954 and had also not taken on his surname, which would indeed have given her the same name as the person who actually had inherited the tree according to the Tax Department’s papers.

“The Tax Department did not cross reference its information further and sent us the notice for the property tax on the olive tree,” the taxpayer said.

The taxpayer acknowledged that the woman who did inherit the tree and who shares his surname may be a distant relative because his family has roots in Droushia. The fact she has the same first name as his wife is a coincidence.

He was later told by a department employee that the only way to solve the issue would be to ask the community leader of Droushia to investigate and even confirm the olive tree still exists at all.

In the end, the taxpayer decided it would be cheaper to pay the €1.50 than go to the expense of taking a day off work to travel to Droushia to investigate, the paper said.

Following the termination of the Citizen-by-Investment (aka Golden Passport) scheme at the start of the month in the aftermath of Al Jazeera Cyprus Papers,...
Read more
Marinas

The forty-third publication of the RICS Cyprus Property Price Index reports that the average price of residential apartments and houses across the island fell...
Read more

Following the termination of the Citizen-by-Investment (aka Golden Passport) scheme at the start of the month in the aftermath of Al Jazeera Cyprus Papers,...
Read more

Following a three-year international public tender procurement, the Republic of Cyprus reached an agreement in March with a consortium known as Kition Ocean Holdings...
Read more