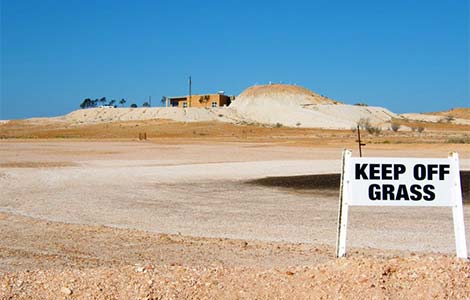 THE LACK of sustainable water policies could have a particularly negative impact on Paphos, home to a number of golf resorts, which ‘eat up’ water, yet it has no operational desalination plant as a backup, sources at the water development department have said.

“We need to find a new approach to water development and sustainable policies,” a source told the Sunday Mail.

Developers, especially those building golf courses, should be held accountable if they don’t provide their own water sources.

“Everybody is taking from the existing water supplies. More and more developments, particularly golf ones are being constructed in Paphos, the demand is increasing. If there is only a little rain this winter, there is a real possibility that the reservoirs won’t be full and we could have severe water shortages in Paphos again next year.”

He stressed that radical changes need to come from the top and that the government needs to reassess their policies, including whether new golf projects are beneficial in the long term.

“The commerce ministry has to carry out a study to see what is the cost-benefit, if any, of a golf project, in general terms. Developers want golf to expand, but why should ordinary citizens pay the price for that?” he asked.

The domestic use for the coast of Paphos is about nine million cubic metres a year.

“The four golf courses use more than four million cubic metres a year and on top of that around five to six million is used in irrigation,” he said.

The source said that it angers him that the public has to buy water of ‘questionable’ quality, instead of having fresh water in their taps.

He also said that Paphos urgently needs a small desalination plant at the least, after a final decision to remove a mobile unit, which cost €24 million but was only used for four months, was made two weeks ago. Paphos is now the only city without a desalination plant.

The initial decision to install a mobile desalination unit by the Xeros River in Kouklia in Paphos was taken in the aftermath of the 2008 drought.

But it was hardly ever used as a rainy winter followed which ensured the Asprokremmos reservoir filled up and covered Paphos’ needs.

The acting director of the Water Development Department (WDD), Nicos Neocleous, confirmed that just over two weeks ago the legal service of the government’s central committee said that the desalination unit contract – which was made with a private company – states that the plant should be removed at the end of the term and that ‘they couldn’t find a way to extend this.’

“The obligation was to remove it by the end of 2013, but they asked for an extension and negotiations tried to find a way to buy it or start a new agreement, but unfortunately it was not possible to find a legal way to do it,” he said.

He added that the dismantling of the desalination plant in Paphos will start ‘very soon’ and be completed by the end of the year. He said that a new desalination plant for Paphos is a necessity, although the amount of water produced would be around half of the first facility’s capability.

“We are planning to go for open tenders, we have applied to the ministry of agriculture and our minister will take this to the Council of Ministers.”

Although Paphos generally has more water than other areas, alternative solutions for Paphos must be found, he said.

One suggestion is to examine if other reservoirs in other areas such as Limassol could be connected to Paphos. Currently the ‘Southern Conveyor System’ connects towns and villages from the Kourris dam and runs all the way to Paralimni.

“An alternative study will be carried out in a few weeks,” he said, “but the main solution is for a desalination plant in Paphos which would be smaller than the temporary one and cost far less.”

The previous contract signed with a Greek company that owned the unit, saw the government buy water at €1.21 per cubic metre. According to the terms, the company was compensated for the time the unit was inactive.

Sources say that the WDD had tried to establish the Paphos unit as a permanent plant but were informed that they hadn’t complied correctly with the necessary legal process, including the practice of tenders. The use of desalination plants is an expensive way of producing water, but temporary units are even more expensive than permanent ones.

Currently the Paphos area has 26 million cubic metres of water in its reservoirs, short of the annual requirement of 28 million for the region.

Neokleous said that less water in reservoirs could cause other problems as well as water shortages. Less water means what is there is poorer quality, he said, and this could also have an adverse effect on fish and wildlife.