Home Articles Property and currency in the wake of Brexit
Articles

Property and currency in the wake of Brexit 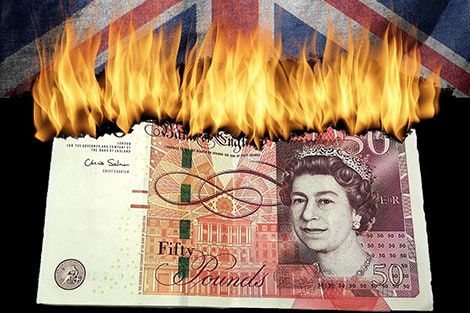 MORE THAN four months have passed since the UK’s decision to strike out alone was cast in the June 2016 EU Referendum. For those of us enjoying an expat lifestyle, or who own property in Cyprus, the implications have already been keenly felt.

Sterling hit a 31-year low in the immediate few days post-Brexit, and there is no sign of a recovery that will match the speed of the fall. Exchange rates have since fluctuated and, looking at the months ahead, we can expect this uncertainty to prevail.

While the economic recession that was forecast shows few signs of descending just yet, personal finances have already been affected. Exchange rates are not favourable and many Britons living overseas have experienced an immediate reduction in their pension values.

And for those in the process of buying properties overseas when the referendum vote was cast, currency volatility meant purchase prices rose. With immediate effect, those buyers who had failed to lock in to a fixed exchange rate found their hard-earned cash was not stretching so far as they planned.

So, what next for currency and the overseas property market?

For some time, the strong pound has enabled British buyers to purchase property abroad for bargain prices. But now, several months since the referendum was taken, we’re still seeing a weak pound. For some, purchase decisions will have been postponed, or indeed cancelled, as Britons play a waiting game and watch closely to see what will come next.

For anyone looking to buy property overseas, right now or in the immediate future, it is important to take independent advice from a reputable source and engage the services of currency transfer professionals. Perhaps more than ever before, products that enable customers to fix rates, and guarantee the amount paid for a property, are a real boon.

Sterling remains low and pension values have dropped in line with exchange rates. But while British expats might have less cash to spend, the need to stay informed and try to keep ahead of the trend has not changed.

So, decisions need to be made based on hard facts and good advice – not panic or speculation. And while lots of news and column inches have been given over to the Brexit topic, there is no substitute for staying informed by listening to impartial advice from trustworthy sources.

Looking more to the future, there has been speculation that mortgage rates for British owners of overseas properties might be hiked. But because many UK banks lend across borders, these lenders may not regard Britons as posing higher risks post-Brexit.

But we still don’t know what the Brexit terms will be and for now there is no clear exit strategy or timeline. While this strategy remains uncertain, Sterling’s fortunes could change yet again – and long before any concrete decisions are made about Brexit, the UK and the EU.