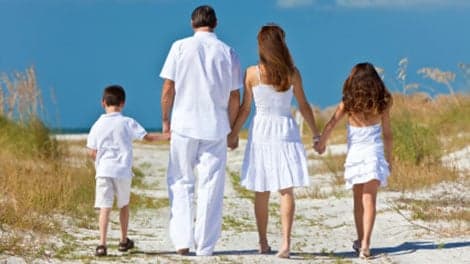 THE NUMBER of Britons buying homes abroad has slumped since June’s vote to leave the European Union and there are signs that thousands of families will react to the fall in the value of sterling by holidaying at home next summer.

Mark Horgan, chief executive of Moneycorp, which runs airport exchange booths and consumer and corporate money transfer services, said foreign house purchases had fallen by a quarter compared to a year ago.

He said there had also been a surge in sales of houses in Europe due to uncertainty over what rights UK citizens will have there in future and fear that the pound, down roughly 20 percent in the last year, could weaken further.

With more than 40,000 clients, Moneycorp says it has more than 10 percent of the market in transferring funds for British people buying properties abroad, who now number an estimated 380,000 separate investors.

“There has definitely been a big trend back in from euro to sterling,” Horgan told Reuters. “For us that is bad news because it probably means its people selling up and exiting the market.

“New completions are off by about a quarter year on year. You can understand why that would be the case. You clearly have hesitancy from Brits who are unsure of their status after Brexit. The question is whether those are lost purchases or delayed purchases.”

The volatility in currency markets since the Brexit vote has driven Moneycorp’s overall volumes 55 percent higher since July 1. But private client transfers from pounds to euros, are down 30 percent, while transfers from euros back to the UK are up 80 percent.

Horgan, who runs the currency sales desks at two of London’s big package-holiday heavy airports, Gatwick and Stansted, said that he had seen signs of possible falls in passenger volumes next year.

Europe’s biggest airline, Ryanair, said in the aftermath of June’s vote to leave the EU that it would fly 2 million fewer seats from a total planned 23 million from Britain next year, cutting 600,000 seats from a planned 9 million at Stansted this winter.

Rival airline easyJet, facing the fallout of Brexit both for consumers and its own corporate infrastructure, reported a 28 percent drop this week in annual pretax profit, its first decline since 2009.

Both Gatwick and Stansted say they expect the robust growth of recent years to continue, while admitting that they are watching the impact of Brexit on UK holidaymakers closely.

“We are quite clearly seeing that staycations are likely to be on the rise in 2017,” Horgan said. “There has been a slowdown in growth in recent months.”