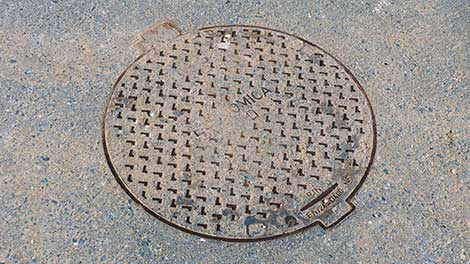 MPS ARE HOPING that a bill reducing sewerage rates will go to the plenum by the end of the month.

The proposal aims to recalibrate the applicable sewerage rates because, as the rates now stand, the amount payable to local authorities would shoot through the roof due to the updating of property values.

Sewerage rates are calculated based on the market value of a property.

The matter was discussed on Monday at the House Interior Committee.

As part of Cyprus’ bailout agreement with international lenders, authorities here completed the revaluation of some half a million properties in 2014.

As a result, Immovable Property Tax (IPT) was to be paid based on up-to-date values (2013); however the new rates were never actually levied.

Despite the property revaluation, IPT paid for 2015 and 2016 was still based on the market value of properties as at 1st of January 1980.

And last year, a law was passed slashing IPT payable for 2016 by 75 per cent. Additionally, MPs voted to scrap IPT altogether thereafter.

But sewerage rates continue to be based on a property’s market value – the updated 2013 values.

By way of example, a property previously valued at €50,000 would pay around €260 in sewerage fees annually.

This means the applicable sewerage fee would also have to be increased by several factors – unless the rates were recalibrated, which is the purpose of the bill under discussion.

Disy MP Nicos Nouris said the goal was to lower the sewerage rates so as not to overburden property owners.

But, he added, those owners who were found to have concealed the true value of their properties would be penalised and charged more than the rest.

However, the same property could now have a taxable value in the region of €400,000 following the revaluation exercise carried out by the Department of Lands and Surveys in 2013. Unless the rates are adjusted to compensate for the increase, the annual sewerage charges will be: