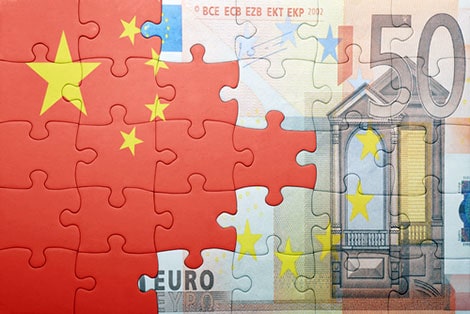 FROM replicas of Tuscan villages in Thailand to recreations of Venetian canals in Macau, European-themed real estate has long been coveted in Asia. And now, thanks to a growing number of “golden visa” schemes in southern Europe, investors from Asia can live out their Mediterranean dream for real.

These programmes, designed by governments to funnel significant sums of cash into their ailing economies, essentially sell the freedom to live and work within the European Union.

For Asian investors, these schemes are proving hugely enticing. Not only do these visas or residence permits come with sweeteners such as exemptions on capital gains tax and duties on property transfer, they also dangle the carrot of citizenship in the prospective country and, consequently, the EU.

Investors from Asia have not been slow on the uptake for these schemes. One of the pioneers of the golden visa initiative, Portugal, has witnessed €1.53 billion (USD1.66billion) in home sales since its scheme got underway in 2012. Of the more than 2,700 Portuguese golden visas issued, almost 80 percent have been snapped up by Chinese nationals, according to the country’s Real Estate Professionals and Brokers Association.

Chinese property investment even surged 351 percent in Cyprus a year after it introduced its scheme in 2014, according to data from property portal Juwai.com. The country has the fastest citizenship-by-investment route in Europe, with applicants obtaining a Cypriot passport within a three-month span. Aspiring citizens must be prepared to invest at least €2 million (USD2.1 million), including the purchase of a €500,000 home.

These investments are inherently risky since they are siphoned into economies that are still convalescing from recent downturns.

At €250,000 (USD335,000), the minimum property investment threshold for a golden Greek visa is the lowest in all of Europe. The situation in Greece, which is still reeling from the effects of a sovereign debt crisis, is also affecting neighbouring Cyprus, which exited its bailout programme last year.

“The risk is definitely higher in Greece than in Cyprus,” says Liana Toumazou, Royal Institution of Chartered Surveyors (RICS) country manager for Cyprus and Greece. “In Greece locals are not buying because every day they are confronted with a new tax.”

Golden visa schemes have suffered other birthing pains. Following allegations of corruption in the programme in 2014, the Portuguese government passed legislative changes that have dragged down the release of visas, reportedly at a rate of two per day.

“The government is inefficient but it’s aware of the problem,” says David Machado, real estate advisor and founder of PTGoldenVisa.com. “The solution is for the government to hire more people because the programme has created such a huge demand in many markets. But the process of hiring people itself, let alone training them, can also be very slow.

Processing visas is a very specific job to do. We cannot expect a random person to do it.”

Additionally, given the rise of nationalist sentiment in post-Brexit Europe, xenophobic resentments against foreign investors have flared. “You have some old minds, small minds – conservative people who are not open to outside investors,” Toumazou says.

Some of the issues that face visa-seeking Chinese buyers stem from their compatriots. “Chinese real estate agents ask the developers to increase the value of the property to cover the commission of the intermediary,” says Georgia Georgalla, partner at Nicosia-based law firm G. Georgalla & Associates. “When the Chinese buyers try to sell their property after three to four years, they realise their mistake: They are selling it below what they have paid for. The property will have been overvalued by 25 percent.”

Overall, golden visa seekers have stoked meteoric capital gains. Values rose 12.4 percent in 2015 in Lisbon alone, Machado reported. Meanwhile, luxury beachfront properties in Cyprus have appreciated by 30 percent within the last three years, selling between €4,000 to €6,000 (USD4,400-6,600) per square metre, according to data from the Cyprus Developers Alliance, an association of national real estate developers.

An overlap in demand from locals and foreign buyers is unlikely. “Not all locals can afford this type of property. Not before the crisis, not now, not after,” Toumazou says.

“They may wait for a new buyer for years,” says David Petrosov, director of Cyprus Developers Alliance. “These villas are designed for a narrow target audience, families who have decided to move to Cyprus and live here permanently. As soon as many people who want to do that, the number of potential buyers is limited.”

Chinese buyers themselves tend not to occupy these homes, says Georgalla. Many purchase exclusive villas in Cyprus, often off-plan, but only come to the country every two years just to maintain their permanent residency status. Those who rent out such empty homes stand to enjoy remarkable rental yields though, which reach as high as 10 percent in Portugal, according to Ideal Homes Portugal.

Governments have been spooked by the prospect of investors using their newly bought citizenship as a backdoor route to other EU nations. “They are fine-tuning laws because it’s not a matter of just bringing in money,” Toumazou says. “It’s a matter of bringing a country back to normal. They don’t just want people to come in and buy a visa. They want people to come and actually live here, to invest, to encourage commerce.”

With an appetite for risk and enough money to strike gold, the route to Europe has rarely been clearer for wealthy Asian investors.