Limassol looks to Marseille for inspiration 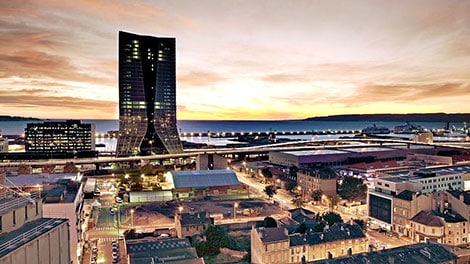 LIMASSOL looks set to adopt Marseilles’ Euroméditerranée project between the Limassol Marina and the new Limassol port, according to reports in the Phileleftheros on Monday.

Euroméditerranée is the largest urban town planning project undertaken in southern Europe in an underdeveloped part of Marseille, which at the time of the first phase of the project in 1995 was suffering from abandonment, unemployment and other social problems.

The Euroméditerranée project was recently presented at an event to promote the redevelopment of the Aktaia Street region for tourism and other investment projects by the Limassol Municipality in cooperation with the Marseilles municipality, the Limassol Chamber of Commerce and the French-Cypriot Commercial Chamber of Marseilles.

The objective of the event was to present and discuss various plans and approaches on an international level for the rational and innovative development of Limassol’s coastal strip.

According to the advice given by the representatives of the Marseilles municipality, Limassol needs to give emphasis on strategic developments which develop infrastructure, commercial activity and new technologies which will change and develop her identity.

Caradec emphasised the use of modern architecture which strives to develop public places which upgrade the quality of life for the citizens in the area and the revival of the city through innovative developments and creating a new city model.

Relating to the development of Marseilles, “we tried to create a city which would develop through a technological plan taking into account energy conservation, different uses, the construction methods and the management of parking lots,” said Caradec.

The expertise behind the project is readily and freely available to the Limassol Municipality with Caradec extending an invitation to Limassol’s Mayor Nicos Nicolaides and his council to visit Marseilles, which is also Limassol’s twin city, to have first-hand experience of the Euroméditerranée project.

Sorrentino gave an analytical presentation of the Marseilles Euroméditerranée project which covers 4,800 acres between the city’s historic centre and the city’s port.

The first phase of the project lasted from 1995-2013 and concentrated on a poorly developed area in the city, much of it abandoned, with high levels of unemployment and other serious social issues.

Touching on various aspects of the project such as population density, the amount of structural development, public space, commercial development and traffic regulation and new job opportunities, Sorrentino showed how Marseilles has been developed into a modern, viable and environmental friendly city.