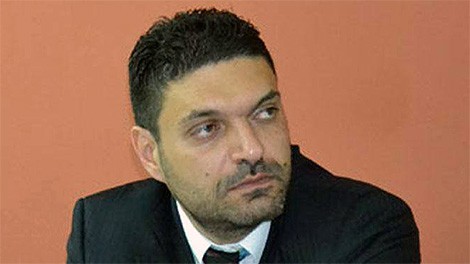 THE GOVERNMENT has vowed to continue issuing title deeds to some 11,500 ‘trapped buyers’ despite the recent court rulings that left them in a legal limbo.

“We decided to continue issuing title deeds for the remaining 11,500 properties despite the court rulings, we will appeal the court rulings and we will introduce legislative amendments to correct the problem,” Interior Minister Constantinos Petrides told the Cyprus Weekly.

Limassol and Paphos district courts ruled against the Director of the Land Registry to transfer the Title Deeds into the names of the purchasers following appeals by banks.

The Transfer and Mortgage Law was amended in 2015 for the main purpose of protecting the entrapped purchasers. It was a requirement from international lenders under the bailout terms.

“The issue of title deeds is huge, by 2010 2011, there were over 100,000 unissued title deeds and, over the subsequent years, the Land Registry Department, albeit with limited resources, managed to drop that figure to 34,000,” said Petrides.

“In 2015, we also passed legislation regarding the trapped buyers, which affected about 14,000 cases,” added Petrides.

‘trapped buyers’ are a reference to home buyers who have completed their obligations, paid off their house but are unable to receive their title deeds because developers had mortgaged their properties to the banks.

“We have managed to issue 2,500 out of the 14,000 over the last two years,” said Petrides adding that the recent court rulings had taken the government unawares.

He indicated that consultations with Attorney General Costas Clerides are underway while the Interior Ministry is looking for ways to remedy the situation.

Petrides said that the government was well aware and recognised the distortions, wrong practices and “strange legalities” due to a “complex system” of the past.

“We did not face a normal situation as a government when we took over; we are determined, though, to solve it,” said Petrides.

“Let’s just say that it is a matter of national pride,” said Petrides, adding that it was also offering the people who chose to invest in Cyprus the assurances they are looking for.

The minister’s stance was echoed by Nigel Howarth, a property advisor in Limassol.

Cyprus has embarked on a policy to attract foreign homeowners to the island in an EU-approved citizenship for investment programme.

According to Howarth, the whole mess basically boils down to “bad banking and legal practices”.

“A specific case in Paphos involved a buyer and a developer who banked in the same branch of a commercial bank. The buyer would transfer funds from his account into the developer’s account in that same bank. Is it really possible for the bank not to have known what was going on?”

Howarth also took the legal profession to task for not looking after their clients’ interests.

“A lawyer is supposed to protect his client, he’s supposed to check that the property he is purchasing doesn’t have any outstanding dues or is wrapped up as collateral.”

“A Supreme Court ruling ordered a lawyer to pay around €120,000 for professional negligence to a couple who lost their home because he didn’t act in his client’s interest.”

“Unfortunately, the case took 10 years to settle, so there definitely has to be tightening of the law,” said Howarth.

The Legal Services have, in the meantime, indicated that they will appeal the decision of the Limassol and Paphos district courts, giving impetus to the government’s efforts to deal conclusively with the title deed issue.

The Legal Services received new orders to continue implementing the current legislation, while the House Justice Committee will tackle the constitutional element of the courts’ decision.

House Justice Committee chair George Georgiou admitted that there were loopholes in the current bill and said amendments were necessary to protect the thousands of ‘trapped buyers’.

Nicosia is set to revoke Cyprus passports from at least 26 suspect investors as soon as the House of Representatives passes a law on tighter controls approved by cabinet earlier this week.
Read more
Investor Centre

The new reality since the lockdown in Cyprus is that all sectors of the real estate market have come to a standstill and many transactions already agreed in principle or even midway through have been frozen or postponed.
Read more