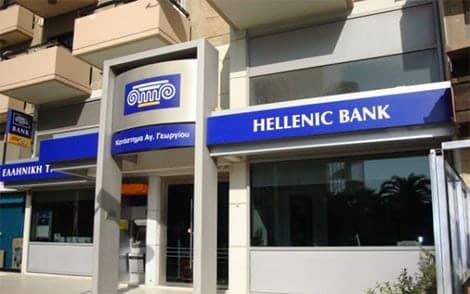 APS Cyprus will manage the Bank’s non-performing loans and real estate assets. Further to the announcement dated 11 January 2017, all required regulatory clearances have been received. The transfer of business was on 1 July 2017 while APS Cyprus commences operations on 3 July 2017.

APS Cyprus is 51% owned by APS Holding and 49% by the Bank. APS Cyprus will assume all operating expenses associated with the management of the Bank’s NPL and REO Portfolio including but not limited to the costs of payroll, IT licenses, processes, products, services and other operations related overheads.

129 employees from the Bank’s AMD are be moving to APS Cyprus while additional resources, expertise and knowhow will be brought in as needed to further enhance the capabilities and capacity of the operation.

Non-performing loans with a value of approximately €2.3 billion and real estate assets with a value of approximately €150 million will be managed by APS Cyprus in consideration for an administration fee payable by the Bank to APS Cyprus. The administration fee to be paid to APS Cyprus will comprise of both a fixed and a variable element. The level of fees payable to APS Cyprus varies according to the progress of collections with the majority of the fees being driven by the successful resolution of the portfolio.

The consideration for the sale of the business is approximately €20.6 million.  The accounting gain before tax from the transaction is approximately €19.9 million, with a pro forma positive impact of approximately 30 basis points on the Common Equity Tier 1 capital ratio.

The transaction is consistent with the Group’s strategy of “fixing” the balance sheet by tackling asset quality problems and “building” the franchise by expanding the business in a risk prudent way. Furthermore, it is in line with the ECB, IMF and EBRD guidelines on the management of non-performing loans. Through the creation of the first debt servicing platform in the Cypriot market, the Bank will be able to effectively tackle its non-performing loans in an accelerated way and with higher recoveries, leveraging on the knowhow, proven expertise and technical experience of APS Holding. The Bank will also be in a stronger position to focus its resources on managing and growing the performing loan book by seizing opportunities both domestically and internationally. The establishment of a debt servicer is expected to facilitate the price discovery for problematic loans and help the development of a market for distressed assets in Cyprus, attracting international investor interest for such assets and expediting the resolution of problem loans.

APS Holding is a leading company in the management and recovery of loan portfolios and real estate within Central and South-Eastern Europe. Founded in 2004, APS Holding is headquartered in Prague, Czech Republic. Through its more than 650 experts, it provides services in 11 European countries: Bulgaria, Croatia, Cyprus, the Czech Republic, Hungary, Montenegro, Poland, Romania, Greece, Serbia, and Slovakia. APS Holding manages assets with a total nominal value of more than €5.1 billion (€7.5 billion including the current transaction).  Since 2013, APS Holding has been an official partner of the International Finance Corporation (IFC), a member of the World Bank.

Cyprus is looking into ways of expanding a relief scheme subsidising borrowers with toxic mortgages to cover borrowers who failed to make the first cut, as they were found unviable. Acting government spokesperson Panayiotis Sentonas said on Wednesday that Finance Minister Constantinos Petrides has been tasked by the cabinet to draft a plan for borrowers who were rejected by a state-backed mortgage relief scheme after their loans became toxic. The homeowner rescue scheme, known as ESTIA was introduced by the government to help loan repayments of defaulted borrowers with non-performing loans up until September 30, 2017. The plan was launched in September 2019 in an attempt to reduce Cyprus' bad debt mountain. The scheme only covers vulnerable borrowers whose market value of their home does not exceed €350,000, thought to be viable under loan restructuring with the government contributing to monthly instalments. In comments to reporters following a cabinet meeting on Wednesday, Sentonas said the new scheme could involve a higher debt write-down, or...
Read more
Investor Centre

Cyprus' non-performing loans (NPLs) recorded a small decrease by €13.5 million, totalling €6.52 billion at the end of August, according to the latest data from the Central Bank of Cyprus (CBC). According to the data, as a percentage of total loans, NPLs amounted to 21.9%, with the NPL index remaining unchanged compared to the previous month. From the end of December 2019, the total NPLs showed a decrease of €2.4 billion, which is mainly attributed to the sale of a bad loan portfolio by the Bank of Cyprus (also known as Helix 2) as well as to NPLs write-offs by the Hellenic Bank. Due to COVID-19 disruption there's a moratorium of loan repayments in the country from March 2020 to December 2020, while according to instructions of the European Banking Authority (EBA), these loans are not classified as non-performing loans. Total NPLs (under the EBA directive) at the end of August amounted to €6,517 million compared to €6,530 million last month. The...
Read more
News