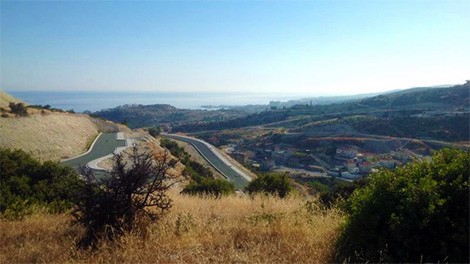 LAWMAKERS have postponed until September a vote on an EU harmonising bill through which the state would levy 19 per cent VAT on building and development plots.

The legislation concerns the imposition of VAT on land sales for commercial property transactions.

On acceding to the EU in 2004, Cyprus was granted a derogation from the relevant VAT directive, allowing the island to continue exempting the supply of building land until December 31, 2007.

With Cyprus facing the risk of infringement proceedings and fines from the EU for continued non-compliance, initially MPs were warned they needed to pass the legislation as soon as possible, before the summer recess and certainly by the last plenary session this coming Friday.

But at the House finance committee on Monday, the attorney-general’s office said passage of the law could be delayed for a while longer due to the fact that the European Commission has yet to initiate infringement proceedings.

The bill, as it has been amended, will now be dispatched to the European Commission via the EU Pilot process.

The EU Pilot is an informal dialogue between the Commission and the member state concerned on issues related to potential non-compliance with EU law, prior to launching a formal infringement procedure.

Along with the bill, the government will also send to the Commission a circular drafted by the Tax Department which defines ‘building land’ that is subject to the 19 per cent tax.

The circular defines ‘building land’ as undeveloped building land that is ‘clearly intended’ for the construction of one or more fixed structures.

Also, the transfer/sale of land that is subject to VAT does not presuppose the existence of a title deed.

Undeveloped building land – with water supply services or not – concerns non-built-up plots (under development, completed, with a final certificate of approval, or with a title deed) within zoning designated for residential, commercial, tourist, vacation, industrial or manufacturing use, or land plots in an area in which development was activated after certain conditions apply – such as plans for a road network.

Currently, consumers do not pay any VAT on purchasing a land plot, but if they build a house on that plot they pay five per cent.

By contrast, if they buy a house from a land developer they pay only five per cent VAT.