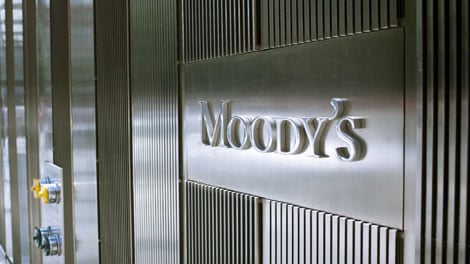 MOODY’S Investor Services said that they expect new bank loans at the end of 2017 to exceed the level of 2013; the year the Cypriot banking system was resolved as part of Cyprus’ bailout by the European Support Mechanism and the International Monetary Fund.

Citing a survey by the Cyprus Central Bank, Moody’s said that the increase is being driven by accelerating economic growth, an improving labour market that increased business and consumer confidence and a gradual recovery of the Cyprus property market.

It added that building permits issued in the first four months of this year reached the highest level since the 2013 crisis.

The survey reported that new loans for the first six months of this year excluding debt restructuring totalled €1.6 billion or 67 per cent of the new loan volume for the whole of 2016.

Moody’s said that the increase in new loans is expected to help banks increase their revenues and support their capacity to further write-off bad loans thus improving their balance sheets.

In a second report Moody’s warned that the Cypriot bank’s underperformance in the first quarter of the year in meeting loan restructuring indicators set by their supervisor is a credit negative, adding that the overall improvement in asset quality has been so far “lethargic”.

Moody’s said that “the underperformance is credit negative for Cypriot banks because it will lengthen the time that banks need to rehabilitate loan books and strengthen balance sheets, and may create a need for additional provisions.”

It added that “although banks for the past six quarters have exceeded their target in proposing sustainable solutions, they have encountered difficulties in finalising solutions.

“For instance, borrowers may fail to submit timely and adequate income information, discussions may become protracted, or, in some cases, borrowers change their minds on an initially agreed restructuring offer. In terms of curing early arrears, as measured by the percentage amount of loans that were 31-90 days in arrears at the beginning of the reporting quarter but which cured by the end of the quarter, banks reported their greatest underperformance on record”.