August property sales up 27 per cent 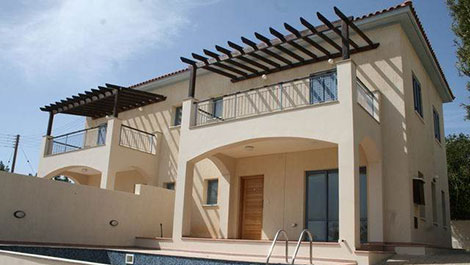 THE NUMBER of property sales in Cyprus during August rose 27 per cent compared to August 2016 according to official statistics published by the Department of Lands and Surveys earlier today.

During August a total of 572 contracts for the sale of residential and commercial properties and land (building plots and fields) were deposited at Land Registry offices across Cyprus, compared with the 451 deposited in July 2016.

Sales rose in all districts with Limassol leading the way with sales up 56% compared with August 2016. Sales in Nicosia (the capital) rose by 19% and sales in Paphos rose 18%. Meanwhile sales in Famagusta and Larnaca rose by 15% and 9% respectively.

During the first eight months of 2017, the number of sales contracts deposited at Land Registry offices has risen 20% compared to the same period last year. With the exception of Larnaca, where sales during the eight months have fallen 8%, property sales have increased in all districts.

(An unknown number of the property sales contracts reported above relate to properties acquired by the banks as part of loan restructurings, recoveries and debt-to-asset swaps agreed between the banks and defaulting borrowers.)