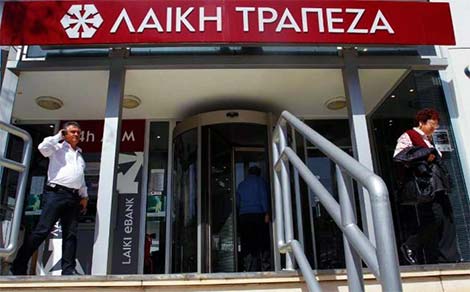 CYPRUS will set up a scheme aiming to alleviate the losses suffered by uninsured depositors (over €100,000) whose deposits have been converted to capital as part of the bailout of the banking sector during the 2013 financial meltdown, Minister of Finance Harris Georgiades announced on Thursday.

According to data by IMF and the Central Bank of Cyprus, a total of €8 billion was wiped out as part of the bailout agreed in March 2013.

“The government acknowledges that the bail-in measure brought an excessive financial burden to a portion of our citizens,” Georgiades said in statements to the press, adding the scheme will utilise the national solidarity fund, established in 2013.

He said the government will build up the fund’s reserves’ by depositing €25 million this year, with the second tranche to be deposited in the second half of 2018, while money will be deposited to the fund each year based on the fiscal performance.

“We believe that this is the only feasible prospect albeit it does not offer immediate remedy. This is an achievable proposal, compared with various unfeasible and inapplicable proposals that have been heard,” Georgiades added.

The Finance Minister noted that the government has decided to explore the possibility to grant the fund state land of significant value, which remains unexploited.

Replying to questions, Georgiades gave no further details as to who will be eligible to receive this compensation, noting that scheme’s details will be outlined in the scheme that will take into account a series of legal, financial and social parameters, while it will be constitutionally legitimate.

He noted that the scheme will be drafted as soon as the fund has adequate reserves.

“Instead of handing out promises, we begin placing money on the side, now that fiscal conditions allow it to gradually create a feasible prospect to partially alleviate the cost for a part of our fellow citizens,” he said.