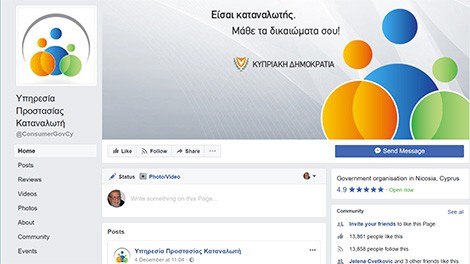 DOZENS of cases relating to contracts apparently containing unfair terms, mainly with banks and developers, have been languishing at the Legal Service for the past two-and-a-half years instead of being brought before court for the request of an order for their removal, MPs heard on Tuesday.

The issue was discussed at the House commerce committee, which was informed by the Cyprus Consumer Protection Service that 52 decisions relating to unfair terms in contracts had been forwarded to the Legal Service.

The decisions had been issued since 2010.

Until two years ago, complainants could take the decision and claim their rights, but following a change in the legislation, courts can now issue orders for the decisions to be enforced.

A similar case relates to unfair interest rates imposed by co-op banks, which were forced to return some €100m to customers.

“Unfortunately, we have noticed that despite the correct work done by the consumer protection service, the next step has not been taken,” Votsis said.

He said the next step would be to take the companies to court if they fail to accept the service’s decision.

“None of the cases has been led to court and we have decided in the next meeting, after the presidential elections, to have the Legal Service come before us so as to see the next steps,” he said.

MPs were told that a state attorney has recently been appointed to handle these matters and the first cases will be brought to court soon.