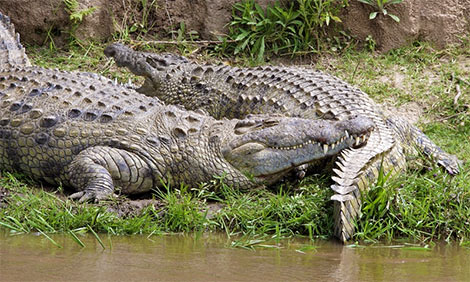 A CROCODILE park rejected by the Psematismos and Athienou communities may yet find a home in Cyprus as Israeli company TSA Crocopark has now approached the Achna district to discuss opening the theme park in the area.

It is far from sure that the community council will vote in favour of the plan, and community leader Nicos Vassilas said on Thursday there is some way to go.

“We will need to engage lawyers and do a study,” he said. “Nothing has been decided yet.”

Vassilas declined to disclose the details of the project, but said he has talked about it with the community leaders of Athienou and Psematismos.

“They didn’t give any serious reasons why we should reject it,” he told the Cyprus Mail, adding that a problem in Psematismos was that the park was going to very close to the village.

Opponents of the plan in Cyprus fear there will be a health problem, as there could be an outbreak of the Nile virus, which can be deadly for people. They are also afraid that once the park is established, there are no guarantees that it will not be used for breeding purposes, meaning numbers might spiral within a short period of time. In addition, the crocodiles require vast amounts of water.

After it was reported that a number of reptiles escaped in Israel in 2011, residents are concerned the same might happen in Cyprus, raising fears that the animals could roam around the island, endangering not only human beings but the whole ecosystem.

To find out more, Vassilas visited French crocodile park ‘La Ferme aux Crocodiles’ in Montelimar, France. There were four to five schools visiting at the time, with children aged six to 10, and he said it was good to see their interest.

The park reportedly attracts 300,000 visitors annually and is often hailed as one of France’s major tourist attractions. With ten species of crocodiles, giant tortoises weighing between 80 and 150 kilogrammes, lizards, snakes, tropical fish and birds, the farm has over 400 animals living on its premises.

Because it holds over 600 exotic plant species, it is also a relevant horticultural and botanical garden which makes it the largest tropical conservatory that can be visited in France.

The farm also has a laboratory and hatchery for scientific research and animal conservation.