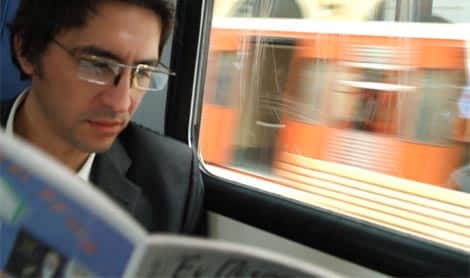 CYPRUS Property News attracted more than 960,000 readers this year and as we approach Christmas here are the top ten stories that have attracted the most interest from you, our readers, over the past twelve months.

Here are our top 10 most read stories from Cyprus:

Number 1: Trapped buyers could lose their homes – possible implications of the rulings by the Paphos and Limassol District courts that the ‘Trapped buyers’ law, which enabled those who were duped into buying property in Cyprus that was built on land that developers had previously mortgaged to the bank, was unconstitutional.

(A later ruling by the Limassol District court that the ‘Trapped buyers’ is compliant with the Constitution was appealed. A final ruling is expected to be made by the Supreme Court, but this is likely to take three years.)

Number 3: Suicide victim’s widow calls for justice – despite a successful claim of mis-selling to the CCPS (Cyprus Consumer Protection Service), news that a borrower had subsequently taken his life hours after receiving notification from the lending bank that it had re-opened legal proceedings in Cyprus for a Swiss Franc loan.

Number 4: Local property tax set to change – news in July that the annual property taxes payable to Municipalities and Communities would be assessed on the revised valuations carried out in 2013 by the Department of Lands & Surveys. It was anticipated that that most people would pay about the same as they did in 2016 when these taxes were assessed on 1980 valuations.

Number 5: Limassol casino contracts imminent – news that contracts Melco-Hard Rock consortium was expected to sign contracts for the construction of the multimillion euro casino project in Zakaki in Limassol. The landmark deal was signed in July and although Hard Rock subsequently withdrew, the project is reported to be proceeding smoothly.

Number 6: Applying for Title Deeds (update 17 May) – this article, which explains how ‘trapped buyers’ and anyone else who has yet to receive their Title Deeds may apply for them, was the most read article in 2016; it remains in the Top 10 for a second year.

Sadly, progress on issuing Title Deeds has not gone as well as anticipated. Land Registry estimates put the number of ‘trapped buyers’ at 70,000 (the majority of whom are Cypriot). Latest reports put the number of applications filed at some 15,000 of which only 7,000 had a Title Deed, around 3,500 of which have been transferred. (Properties whose Title Deeds have yet to be issued are probably still in the process of being inspected and checked by the Town Planning authorities.)

The Cyprus government is looking to amend the ‘trapped buyers’ law to fix the problem.

New features and facilities have been added since we reported on Zyprus February, including a price forecasting tool giving an indication of the future home price trends. This takes into account population rates, income rates, unemployment rates, property indices, percentage of non-preforming loans together with the physical characteristics of the property and its location.

Number 8: How can Cyprus banks justify their action? – an article explaining the differences between the banks in Cyprus and the banks in Spain where their Supreme Court has ruled that the banks must refund purchasers whose homes were never completed.

Morris was sentenced to 8½ years in prison by the Leeds Crown Court.

Compare this with Cyprus where alleged property fraudsters who also promised impossible returns have yet to be brought to justice.

Number 10: Trapped buyers (update 2) – a report on how the decisions of the Paphos and Limassol District Courts regarding the trapped buyer’s law have created confusion and anger amongst property buyers in Cyprus.

The decisions of the two lower courts have been appealed to the Supreme Court final ruling is expected to be made.

May I take this opportunity to thank you for your support and wish you all a very Merry Christmas and health and happiness in 2018.