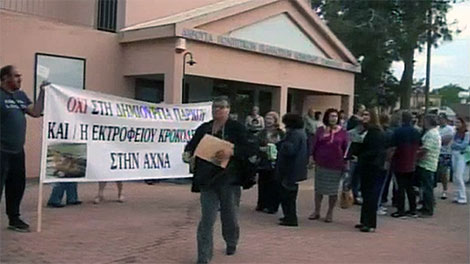 THE RESIDENTS of the Achna forest settlement in the Dhekelia British base are divided over a project to build a crocodile park near their community.

Some 500 people took part in a community meeting last evening to discuss the issue, with about one half supporting the park and the other raising objections.

Officials of the Israeli firm TSA Crocopark, which has proposed establishing a park hosting 150 crocodiles near the Achna reservoir, and the community council presented their plans saying that the park will attract people to the area and generate income for the community.

Those who objected raised security concerns and dangers to the public and the environment. They also protested that the residents were not consulted before the decision was made by the community council to build the crocodile park at an estimated cost of over €1 million.