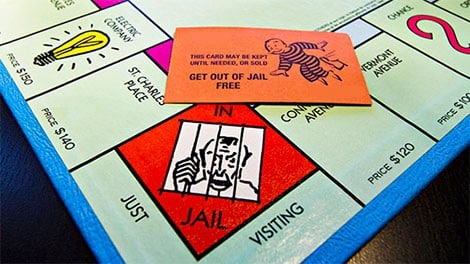 CYPRUS banks may be required to raise additional capital should a law be enacted exempting approximately half of mortgaged properties from foreclosures, officials cautioned on Monday.

The warnings came during a discussion of a bill which provides that mortgages granted prior to the passage of the foreclosures law on September 9, 2014 would be exempted from foreclosure proceedings.

The legislative proposal was tabled by independent MP Anna Theologou. It is co-sponsored by Edek’s Marinos Sizopoulos and the Greens’ Giorgos Perdikis.

Officials from the government and the Cyprus Central Bank warned that such a law would wreak havoc on banks’ balance sheets, as it would strip them of the power to exert pressure on debtors not keeping up with their mortgage payments.

Andreas Charalambous of the finance ministry said European institutions would have to conclude that the foreclosures and repossessions system in Cyprus is ineffectual, and as a result request that Cypriot banks raise their capital provisions.

“Unless we succeed in developing a framework that protects and continues to protect vulnerable groups, and unless we can deal effectively with strategic defaulters, the consequences will be incalculable,” he stressed.

To date, he added, banks have preferred to restructure loans before resorting to foreclosures as a last-ditch measure.

Stelios Giorgakis of the Central Bank warned that “unless we want other banks to follow in the footsteps of the cooperatives, we need to take measures facilitating the proper management of non-performing loans.”

Citing recent data, Giorgakis said that terminated non-performing loans (NPLs) account for about 50 per cent of all remaining NPLs, which stand at about €20bn.

According to the Central Bank of Cyprus Economic Bulletin, December 2017, “the level of non-performing loans continues to be the main problem of the banking sector in Cyprus, despite the progress achieved in recent years. In particular, from the end of 2016 to July 2017 NPLs were reduced by € 1.5 billion.

“However, the downward trend seems to be weakening. One important reason for this is the amount of terminated NPLs that account for about 50 per cent of all remaining NPLs.”

Terminated NPLs or terminated credit facilities include loans denounced or terminated or letters of termination that have or will be sent by credit institutions requiring total repayment.

“There is no explanation for this state of affairs, namely that while the economy is growing and unemployment is on the decline, household debt remains very high and loans are not being serviced,” added Giorgakis.

For his part, head of the Insolvency Service George Karotsakis said that the proposed bill “will create a huge problem for the stability of the financial system, of the economy as a whole.”

The weak insolvency and foreclosures system in Cyprus is a chief reason why credit rating agencies continue to assess Cypriot sovereign debt at below investment grade, he recalled.

Financial Ombudsman Pavlos Ioannou said policy-making should be based on up-to-date and reliable statistics on loan restucturings.

This data was not currently available, he noted.

“How long is it going to take – maybe 10 years – to have a look at concrete statistics on NPLs?”

Discussion of the bill will continue at the House finance committee at a later date.