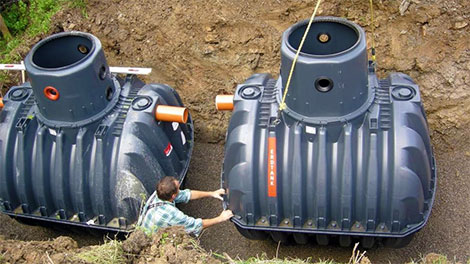 WHILE banks are preventing some of those who bought property in Cyprus from obtaining their Title Deeds through court rulings that judged the ‘trapped buyers’ law unconstitutional, other buyers are blocked from obtaining deeds due to developers flagrantly breaching their planning conditions.

I receive numerous emails from purchasers who cannot get their deeds because developers have encroached on someone else’s land or they haven’t built, roads, pavements, green areas, etc. or they’ve built boundary walls too high, while others have issues with their properties as they fail to meet fire and swimming pool regulations.

For some reason the Cypriot authorities that issue planning and building permits are either unwilling or unable to pursue developers who break the rules and so it is left to the purchasers to pay for the work necessary to obtain ‘clean’ Title Deeds.

One of the key problems is that there is no independent inspection of properties as they are being built as there are in many other countries. The ‘supervising engineer’ who is employed by the developer is responsible for monitoring construction work. Even if the engineer spots something wrong there is nothing they can do about it apart from bringing the issue to the attention of the developer and refusing to sign a ‘Certificate of Completion’.

Independent inspections of properties as they are being built could identify issues as they occur and the authorities could take appropriate action to ensure developers correct them (assuming the inspectors had the necessary powers to intervene and stop further building work until the issues have been rectified.)

Currently in Cyprus independent property inspections only occur after construction work has been completed, which could be several years after the properties have been sold and occupied by their purchasers. Clearly this is far too late to identify and correct planning infringements.

A disgruntled buyer contacted me recently to report on the progress he’d made towards getting the Title Deed for the property he purchased more than a decade ago.

When he purchased the property, he had high hopes of obtaining the Title Deeds fairly quickly. He had good reason to be confident – the contract of sale, which was duly lodged at the Land Registry, included a clause that the developer would do his best not delay the issue of Title Deeds. However, more than a decade later there is no sign of a Title Deed. He considers that rather than doing his best not to delay the issue of Title Deeds, his developer has done his utmost to prevent them being issued.

Eventually he took matters into his own hands and made enquiries to uncover any issues that would prevent Title Deeds being issued.  As a result of enquiries at his local Land Registry office and Municipality he discovered a number of things the developer had failed to do. However, with the assistance of the Municipality he was able to resolve most of the issues himself save for one – his development’s waste water system.

This issue lay undetected for nearly a decade and only came to light through enquiries at the Municipality, by which time it was far too late to help the hapless buyers who found themselves in the mess.

Those who bought property on this development consider there have been many people to blame along the way but it is they, the unsuspecting buyers, that suffer and who are left to pick up the pieces.

The developer flatly refuses to cooperate or pay to correct his failure which may cost upwards of €30,000. Theirs is a small development and raising this sort of money is out of their reach.  Through no fault of their own they find themselves in a position where their properties will be immensely difficult to sell and are practically worthless.

I wonder how many other nefarious property developers have breached the conditions of their planning consent to save money that their purchasers are forced to pay to get their Title Deeds?

This is a scandalous situation and blatantly unfair!