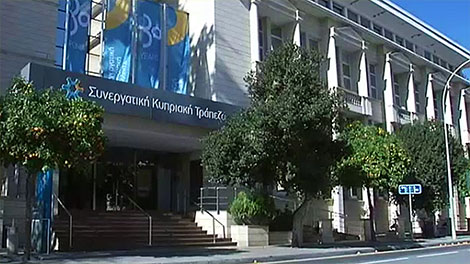 ATTORNEY general Costas Clerides is to appoint an investigative committee to look into the Cyprus Cooperative Bank following allegations of mismanagement that led the government to take control of the bank and sell most of its assets to the Hellenic Bank.

Clerides told the Cyprus News Agency that he has instructed the setting up of a committee that will investigate the situation in which the bank now finds itself.

Following the attorney general’s announcement, Government spokesman Prodromos Prodromou said that President Anastasiades has suggested the investigation to Mr Clerides. The President’s proposal is to call foreign experts with knowledge of the issue to provide the investigation with more credibility.

Prodromou advised that the committee will investigate why €7.5 billion in loans were handed out, which are now non-performing adding that loans made by politicians as well as Cooperative Bank executives will be investigated.

He also cited political intervention in the management of the bank.

The general director of the Cyprus Cooperative Bank, Nicholas Hadjiyiannis, said that the bank was not given enough time to restructure its non-performing loans, noting that this was due to an amendment of the European Central Bank’s monitoring framework.

In remarks to the Cyprus Broadcasting Corporation (CyBC), Hadjiyiannis stressed that the bank’s situation had been made increasingly difficult with more than 100,000 customers refusing to pay their loans as well s many withdrawing their deposits.

He referred to the ways loans were handed out and overestimates on properties, which cost the bank €60 million and which is now being tried in court.

He added that only the mass buyouts of homes would have saved the bank, but this would have had massive social consequences.

According to Kathimerini Cyprus, CCB on Friday froze accounts with deposits over €2500 in cases where owners either have delinquent loans or have defaulted on their terms causing the bank to have an unresolved Non-Performing Loan (NPL).

The move is not connected to the recent deal with Hellenic Bank taking over the healthy part of the CCB, according to sources within the bank.

On the contrary, those sources said the freeze was in the works for some time and it was scheduled to be rolled out in the near future.

But it appears that the Hellenic deal accelerated the process.