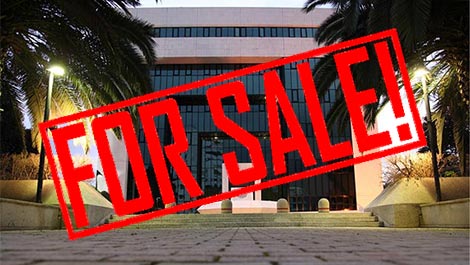 BLOOMBERG reports that the Bank of Cyprus and Apollo Global Management LLC are in talks in London to finalize details of the sale of a roughly €3 billion portion of the lender’s non-performing loans (NPLs), the people said, asking not to be identified because the information isn’t public. A spokesman for Apollo declined to comment.

Cypriot and European officials have been urging the Cyprus banks to reduce the amount of NPLs on their books, aiming to avoid a repeat of the island’s 2013 economic crisis. U.S. funds have been circling southern European banking assets, with Lone Star acquiring a multi-billion-euro Spanish property portfolio in June.

Despite Cyprus’ sharp economic recovery over the past five years, NPLs still weigh on banks’ profitability and have prevented significant improvement in the financial health of households and companies, the International Monetary Fund said in July. The European Commission and European Central Bank earlier this year called on the country’s banks to prioritize reducing bad loans.

Bank of Cyprus reported some progress in its first-quarter earnings, saying it had reduced bad-loan exposure for a 12th consecutive quarter.

With the NPL sale progressing, Bank of Cyprus said earlier Wed it would move the date for its second-quarter results to Aug. 27 from Aug. 23.

The Bank of Cyprus and the Hellenic Bank will sell non-performing loans (NPLs) worth €4 billion by the end of February enabling them to dispose of more than 10% of their problematic loans.
Read more