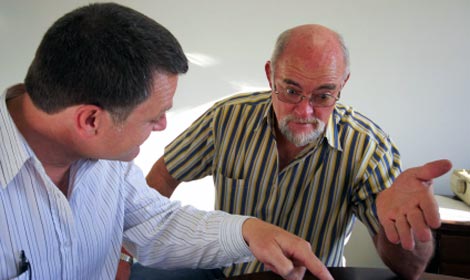 THE HOUSE legal committee on Wednesday discussed proposals to strengthen property owners’ rights to evict tenants who refuse to pay their rent.

In a statement after the session, Nouris welcomed the fact that all sides agreed that the legislation really needs to be modernised.

“The rent law was introduced after the tragic events of the 1960s and 70s in the Republic of Cyprus, with the intention of protecting troubled citizens, who mainly rented business premises, from eviction and from unreasonable rent increases,” he said.

“Conditions have changed and unfortunately over the course of time, too many problems have arisen from tenants who take advantage of the legislation’s weaknesses.”

The draft law, he said, was help those owners who are tied to bad tenants.

The proposals primarily seek to introduce an out-of-court procedure by which the landlord can, without initially involving the court, hand a claim form to a tenant who has not paid the rent. If there is no payment within 21 days, a debtor would have the right to seek a 90-day extension, but after that expired the case would then be filed with the court.

Most importantly, once at court judges would issue a decision to evict within six months.

Nouris said owners, if they want to speed up the process because they want to use their premises for business, could repossess them in three months if they are willing to waive their claim for unpaid rent.

His party will insist on the basic idea but is willing to discuss additional ideas which can facilitate the process, the Disy MP concluded.

Property owners have for years complained that the law favours tenants and allows them to take advantage of the legislation and the slow performance of the justice system.

At the moment, those who know how the system works in Cyprus exploit the slow justice system and refuse to pay their rent knowing that it may take several years before they’re evicted.

In the meantime, landlords must be ready to shoulder the cost of prolonged court cases.