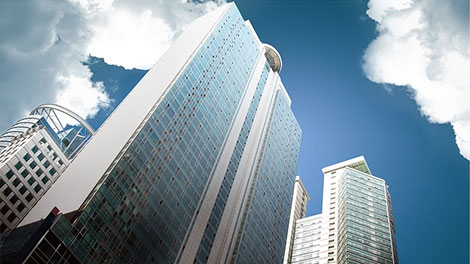 CHANGES to the environmental law could jeopardise luxury high rise developments that are driving growth in the construction industry as delays will have a negative impact on the economy, argue project managers.

The amendments voted in on 31 July 2018, demand that developers of high rises submit a complete environmental study with tall buildings being identified by law as “any building with a floor number of more than 2 above the maximum number of floors specified in the Local Plan and Policy Statement”.

According to the Association of Large Investment Projects, the main issue with the amendments, is that even five-storey buildings will be considered tall buildings and developers will be subject to submitting a comprehensive environmental study.

The amendments are an effort to harmonise Cypriot law with a 2014 European Union directive that aims to protect the environment and public health by assessing the environmental impact of public and private projects.

However, developers feel that MPs have gone beyond the call of duty to protect the environment and have applied stricter criteria than those suggested by the EU.

“It is understood that this new provision will create an additional workload in the Department of the Environment, prolonging the already long delays, which will put more strain on investors wanting to go ahead with any development,” said urban planning consultant of the Association, Yiannos Papadopoulos.

He told the Financial Mirror, that the head of the Environmental Department, Costas Hadjipanayiotou had said that with the existing volume of pending studies, the Department will need more than a year to go through them.

He added that the time needed for each case to be examined will significantly increase as smaller projects will also have to submit environmental studies.

Papadopoulos commented that there is a significant number of luxury tower projects in the pipeline.

“Without any doubt, this new state of affairs will inevitably bring about irreversible negative consequences for the economy, as well as huge damage to businesses, thus discouraging any new developments,” Papadopoulos said.

He added that the new amendments are essentially revoking incentives put forward by the cabinet for promoting big projects such as the high rise accommodation which is a significant source of income for the Cypriot economy.

“We are not questioning the necessity of submitting an environmental study for projects such as towers being built on the Limassol seafront.

As developers we acknowledge that building 20 to 30-storey buildings has an impact on the environment which needs to be assessed. However, we believe that smaller projects being asked to submit environmental studies will only put unnecessary strain on the system,” he said.

Developers are asking the state to revise the legislation so as not to create any additional red tape, adding to the already bad name Cyprus carries with regards to bureaucracy, argued Papadopoulos.

The urban planning consultant said that in other EU countries only high rises built in environmentally sensitive areas, identified with specific criteria, are obliged to submit an environmental study.

“I really wonder why we are not following the best practices of other European countries on these issues and instead are introducing unnecessary restrictions that may cancel out any incentive plan for development on the island,” Papadopoulos said.

He stressed that the government should also be looking into ways of speeding up red tape processes for development projects.

“As things stand today, it takes 3-5 years for a developer to obtain a building permit. The state needs to minimise this period to 3-5 months and do away with the grey areas in the relevant legislation so as to truly make Cyprus an investment destination.”

Chairman of the Cyprus Property Owners Association George Mouskides, acknowledging the need for high rises to submit a complete environmental study, said changing the definition of what constitutes a tall building, will only cause delays which will have a knock-on effect down the road.

“Demanding complete environmental studies from five-story buildings, thus increasing the workload of the Environmental Department and creating further delays, will only increase costs for the developers. A cost which will be reflected in the end-price of the property, pushing prices up and creating a chain reaction in the market,” said Mouskides.

Talking to the Financial Mirror, a high-ranking official at the Ministry of Agriculture and Environment, confirmed that amendments made to the law will see delays increase significantly, but the department believes their introduction is vital for the preservation of the environment.

The official also confirmed that Cyprus has opted stricter regulations than the other EU countries as the island has unique characteristics.

“In a small town like Limassol we have witnessed the concentration of a number of high rises which are putting a strain on the environment. These buildings are close to the coastline and near beaches which are frequented by bathers.”

She said the authorities needed to address the issue of loopholes in the existing legislation which allowed developers of high rises to ‘get away’ with submitting a full environmental study if the project was also of a commercial nature.

The Ministry official said there would be no objection to the amendments being reviewed if evidence is presented demonstrating that they are putting an unnecessary workload on the Environmental Department.

“The Ministry understands developers’ concerns and is doing its best to minimise the time needed to go through the studies,” said the official.