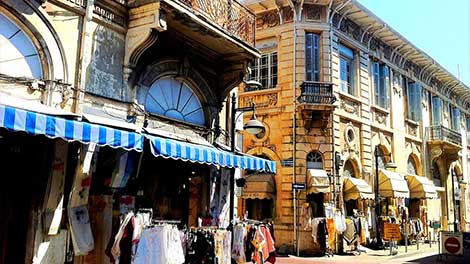 THE INTERIOR Ministry on Tuesday announced its support for a Limassol municipality plan to build 500 low-cost housing units to address the problem of the high rents there.

The matter was discussed at a meeting between Interior Minister Constantinos Petrides and Limassol Mayor Nicos Nicolaides.

The municipality proposed to develop three properties, two in the Ayios Nicolaos area and one in Ayios Ioannis, for a total of 500 affordable housing units.

According to the proposal, these apartments would be built and sold over the next five years, either for rent or for purchase by young couples and families on the basis of income criteria, in a way that ensures the balanced composition of tenants of each block of flats.

Rents in Limassol have gone up by around 25 per cent in under two years, way faster than any other city in Cyprus and leaving ordinary Limassolians increasingly priced out of the market.

Local groups have protested that due to a concerted effort to attract foreign capital, partly through high-profile projects like the construction of tall buildings, a more expensive housing market has developed.