What next for Limassol development? 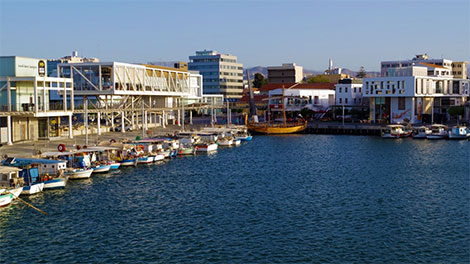 WHILE INTEREST in Limassol’s prime locations does not seem to be withering any time soon, some property experts have expressed fears that uncontrollable licensing of towers and other developments could backfire, bringing prices down and causing social issues for Cyprus’ second city.

The saturation of the seafront has not decreased investor interest in development projects, as they are currently seeking land to the east of the town. One of the areas where major projects are being earmarked is the Pyrgos area, which has seen investors acquiring significant real estate properties in recent months.

Recently, Lebanese investors paid EUR 40 million for a plot of land which was once home to the old cement factory. The property was sold by the Bank of Cyprus which it acquired as part of a debt-to-asset swap with the previous owners. The Lebanese investors have yet to announce what kind of development they plan to build on the Pyrgos property.

The consortium has an agreement with French AccorHotels to set up the first Sofitel on the island. Oxley Planetvision Properties has appointed global hotel leader AccorHotels and its luxurious Sofitel brand to manage a new 245-room resort in Limassol. The Sofitel Limassol Resort and Residences, which is expected to open in 2022.

Oxley Planetvision will also be building two towers in the vicinity, of 97 and 105 meters tall, with a total 151 luxury apartments in a project to be completed by 2021.

Also in the vicinity, a Russian businessman has also bought property near the Parklane Hotel (ex Le Meridien) worth EUR 40 million. The property was sold by Anolia Holdings, a Hellenic Bank subsidiary that obtained the property after a debt-to-asset deal made with the Church of Cyprus.

Russian company Zaria has submitted plans to construct two towers, the Zaria Residences Sunset and the Sunrise, of 18 and 16 floors respectively.

He said that projects are not only being drafted on paper, but they are also viable as developers are able to finance construction by preselling apartments or other residences before they start building.

“There are many projects in the pipeline including tall buildings and hotels, especially towards the east of the seafront which is more or less saturated. The focus is currently on an area starting from Yeroskipou extending to the east of the city, the area which the ex-LeMeridien is situated,” said Papadopoulos.

He added that there is also a high demand for properties to the west of the new marina.

“We are the exclusive real estate agents for prime property in the area belonging to Coca-Cola Cyprus, and we can confirm that a number of investors have exhibited a vivid interest in buying that property.”

Papadopoulos said that demand has not dampened, but it is being hampered by the absence of suburban planning schemes, the equivalent of a master plan for smaller areas.

“Currently the area to the west of the marina, eyed by investors is characterized as an industrial zone. This is putting investors off, as they will have to go through an extra layer of red tape to be able to obtain building permits” said Papadopoulos.

“The demand is there and is expected to be enhanced once a series of infrastructure projects go ahead, such as the seafront road connecting the new marina with the old Limassol Port,” he added.

Frederick University’s Architecture and Urban Planning Professor Vyronas Ioannou told the Financial Mirror that development in areas next to the seafront of Limassol, is hindered by the lack of zonal planning.

“In many cases, there are no area schemes, an equivalent to a master for a specific area, and where there are, they are outdated. The area west of the marina is currently characterized as an industrial zone and there is no evidence that this is to change any time soon. The Town Planning Department is understaffed and has been given the mandate to deal with building permits as a priority,” said Ioannou.

He argued that this had its toll on development projects, and Limassol’s environment as the town is developing without a strategic plan.

“The task of forming a strategic plan could have been assigned to the private sector. But then again, a study was prepared by a private firm regarding the drawing up of an area plan for west of the marina area in 2013, which was put away in someone’s drawer,” said Ioannou.

He explained that no one is against development, as long as it is planned and does not leave scope for opportunistic exploitation which will lead to a bubble ready to explode. “Development must be planned, stable and viable,” argued Ioannou.

A Limassol real estate expert also expressed concerns over the sustainability of the recent development in the town.

“We are expecting the European Union is soon to issue new directives regarding schemes such as the “Citizenship for investment” applied in Cyprus, which may entirely change the ball game,” said the property expert.

He said this means that a number of apartments will remain empty while expressing concern over whether developers are truthful when presenting the number of sales, they claim to have made so far.

“That is why, as far as I see it, investors are very cautious with development plans in the east of the town. With the exception of a few hotel projects, the rest may never go ahead,” said the expert.

He also expressed fears that Cyprus may see the towers turning into what he called “Zombie buildings” as they may be deserted, as the rich owners will probably choose not to live in them.

“This is what we have witnessed with a number of housing units bought by Chinese investors, which have been abandoned,” he said.

The expert warned of an upcoming bubble as mushrooming tower blocks have pushed house prices and rents to previously unseen limits.

He also warned that Cyprus will soon be witnessing the exodus of the first investors who bought into the Citizenship for Investment scheme as the government obliges them to keep their property for just three years.

“Investors are encouraged to buy a new property, which means that these investors cannot resell their property to new investors interested in the scheme.

“That could lead these people to sell off their properties at much lower than market price, pushing prices down and bursting the bubble.”

He suggested that the government should extend the three-year period to eight so as these properties re-enter the market in an orderly fashion and not all at once.

“The European Union has already warned us three times so far about the possible negative consequences of this passport for investment schemes if we are not careful.”