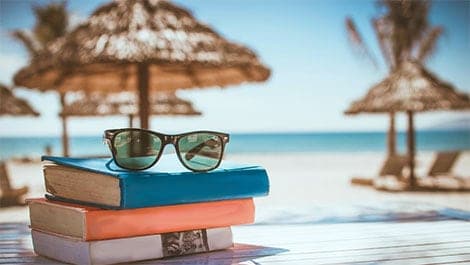 CYPRUS Property News has attracted more than 850,000 visitors over the past year and as we approach the festive season.

Here are the top ten stories that have attracted the most interest from you, our readers, over the past 12 months:

Number 1: The Cyprus swimming pool nightmare – A follow-up article on the news that the Paphos Municipality were taking the owners of more than 150 communal swimming pools to court as they did not have a licence to operate the pool, a qualified lifeguard and/or other facilities as required by the 1992 swimming pool law and regulations that came into effect in 1996.

The government has made several vacuous announcements on the subject of public swimming pools over the past decade. Most recently in December 2016 when the Interior Ministry announced that the that the laws and regulations governing swimming pools would soon be revised. This is one of a number of vacuous announcements we’ve come to expect from central government during the past year.

Number 2: Tax shock for British residents in Cyprus – Signed in March, the revised double taxation agreement between the UK and Cyprus, required British residents in Cyprus in receipt of Government Service Pensions (GSPs) to pay income tax on those pensions to HMRC. This would impact retired UK civil servants, armed forces personnel, NHS staff, teachers, local government employees, police etc. whose pensions will be taxed by HMRC once the 2018 convention has been implemented. (Those in receipt of the UK State Pension and private pension(s) would not be affected.)

Although the change would benefit those on lower GSPs, I received many angry emails, predominately from retired armed forces personnel resident in Cyprus, demanding to know why the UK is discriminating against those who served their country in the public service. I passed these on, anonymised, to the relevant authority.

Number 3: Pension Christmas present from HMRC – News that amendments to the revised double taxation agreement between the UK and Cyprus (above) enables those receipt of Government Service Pensions (GSPs) to elect whether to pay income tax on that pension to the UK or Cypriot authorities. The election can be made from 1 January 2019 and will expire on 31 December 2024.

As well as benefiting those with higher GSPs the change will also be welcomed by those receiving more modest GSPs who will be better off if the amendment takes them out of the tax systems in Cyprus and the UK.

Number 4: Is it safe to buy property in Cyprus? – Although changes to the law in recent years have helped to reduce the risks when buying property in Cyprus, significant problems still remain in cases where properties are purchased for which no Title Deed has been issued.

Even in cases where a Title Deed has been issued encroachment, where a property has been partly built on a neighbour’s land can be a problem, particularly in the villages.

Number 5: Paphos marina contract awarded – After nearly three decades of bureaucratic delays and legal wrangles, the contract to build the long awaited Paphos marina at Potima bay between Kissonerga and Pegeia with a capacity of 1,000 berths was finally awarded to Pafilia.

However, in October Pafilia withdrew its interest blaming the indeterminate court procedures, which still continue, have not allowed the tender to be awarded.

Perhaps the grandchildren of those living in Paphos will be able to enjoy the marina, assuming it’s built.

Number 6: Swimming pool owners face court action – Following inspections carried out by the Paphos Municipality, the owners of more than 150 unlicensed communal pools face court action as their pools do not have a licence, a lifeguard, or someone responsible for inspecting the pool on a daily basis to ensure it complies with health and safety regulations. Some pools do not have the required changing rooms, toilets, showers, etc. (which makes you wonder why the developer managed to get a building permit?)

In October the law firm of L.G. Zambartas LLC held a free ‘Complex Management seminar‘ in Paphos, half of which was dedicated to the subject of swimming pools.

A private company set up a petition Calling for a fair and honest review of the Swimming Pool Regulations for apartment complexes and resorts.

The Management Committees of a number of apartment blocks and other complexes with communal pools have closed them to avoid heavy fines.

There are many hotels that operate public swimming pools without a lifeguard, etc.; they merely have signs warning bathers of the risks. But not one of these has been targeted by the Paphos Municipality; I wonder why?

Yet another unwanted problem damaging the island’s property sector!

Number 7: Trapped buyers get Christmas present promise – At the beginning of November political parties said they intended to resolve the Title-Deed-cum-Fraud mess created by nefarious developers who deliberately sold properties built on mortgaged land to their customers. The Land Registry reported that there were in the region of 70,000 such cases.

Problems arose when the bankers (spelt with a capital ‘W’) claimed successfully in the lower courts that the so-called ‘trapped buyers’ law was unconstitutional. This enabled the banks to block the transfer of properties to their rightful owners even though they could prove that they’d paid the developer in full for the property.

It’s now 22nd December and there is only one working day until the Christmas deadline. Yet another vacuous announcement from the politicians! How can anyone believe a single word they say?

Number 8: Is the Cyprus construction boom sustainable? – Some fear that what is happening in the Cyprus construction sector is another bubble, like the one that saw the property market collapse and the banking system virtually decimated – and which eventually resulted in Cyprus going cap-in-hand to Europe for money to bail out the island’s economy.

Recently, Frederick University’s Architecture and Urban Planning Professor Vyronas Ioannou said he feared what he called ‘zombie buildings’ where a number of housing units bought by Chinese investors have been abandoned.

Another expert has warned of an upcoming bubble as mushrooming tower blocks have pushed house prices and rents to previously unseen limits.

Number 9: You would be mad to buy a holiday home in Cyprus – Although it was published more than four years ago, a Fellow of the Royal Institution of Chartered Surveyors said you would be certifiably insane or just plain awash with money to even begin thinking about buying a holiday home in Cyprus; governments have really done nothing to resolve the Title Deeds disaster.

He notes that property in Cyprus is of such poor quality and very expensive, and there is no respect for the customer or understanding of their needs.

Number 10: High-rise developments coming to Paphos – News that the Town Planning Committee of the Paphos Municipality had given the green light for permits to be issued for the construction of two 20-storey high-rise buildings on Poseidonos Avenue next to the Aloe Hotel.

Within a week a 500-strong group ‘Movement to Save Paphos’ had been formed saying there was no need for high-rise buildings in the district and that an expert body should be formed to offer proper advice before it is too late.

Meanwhile Paphos municipality announced that it had received 10 applications for the construction of high-rise buildings of between eight and 20 floors in areas such as Kato Paphos and Anavargos.

May I take this opportunity to wish you a Merry Christmas and a Happy and Healthy 2019.

Let us all hope that MPs and the Cyprus Government make a New Year Resolution to keep their promises to resolve the Title-Deed-cum-Fraud mess and revise the archaic swimming pool law and regulations!