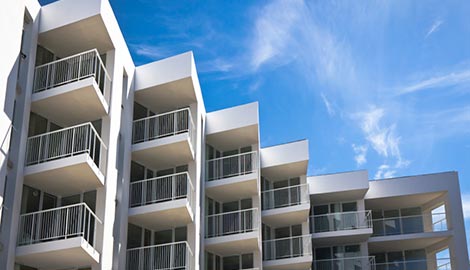 IN A MOVE to counter rising rents and homelessness, the government is drafting a new housing policy to persuade the construction sector to build cheaper flats.

Part of the state’s new housing policy is a scheme dubbed “affordable housing” which sees the government offering incentives to developers in return for cost-price homes for vulnerable families.

The scheme is being prepared by the Ministry of Interior in cooperation with the Technical Chamber of Cyprus (ETEK) and involves incentives for the construction of affordable apartments.

One part of the housing policy will see the government raising the building coefficient by 25% or 30% for apartment blocks.

In the context of the “affordable housing” scheme, developers will be allowed to keep part of the construction built with the additional space, while the remainder will be used to accommodate vulnerable groups.

Stelios Achniotis, ETEK’s president told the Financial Mirror that based on what is being discussed, interested developers will be given an extension on the building coefficient (ETEK recommends 25% while the Ministry prefers 30%) and will have two years to apply for a town planning permit and three more to carry out the project.

Achniotis said 70% of flats being built with the extra coefficient will have to be rented out to vulnerable groups for a minimum of eight years, with the owners having the right to use the flats as they wish after the eight-year period.

“The state will contribute to providing affordable homes by offering vulnerable groups the opportunity to rent cheaper flats, and by adding new flats to the market which, we hope, will bring down rents. We are looking into finding a formula of calculating the rents for these flats that will benefit both landlord and tenants,” said Achniotis.

If developers opt to sell the additional flats built then 60% should be sold at a cost price to people meeting the criteria to be set.

“We believe that extending the building coefficient by 25% will be to the benefit of vulnerable groups of our society as the number of flats will increase. At the same time, it addresses another concern of ours which has to do with using up land for housing purposes at the expense of agricultural land,” said Achniotis.

“We see our cities expanding with no end in sight consuming more land than necessary. Nicosia, with the area it has taken up, could easily have housed 2 to 3 million people, but the way houses are being built, Nicosia can only house around 300,000 people,” he added.

Another part of the government’s strategy is to reduce the minimum size allowed for flats so that smaller apartments can be built. A relevant proposal was tabled at the House by ruling DISY’s chairman Averof Neophytou.

At the time, the proposal was met with scepticism by the opposition parties who said that the reduction in the minimum area allowed for flats will lead to developers building ‘boxes’, resulting in the deterioration of the quality of people’s lives.

However, Achniotis believes, at this point, it is more important for families and young couples to be able to put a roof over their heads rather than having the luxury of space.

Why a Mercedes and not a mini?

Property expert Antonis Loizou, Director of Antonis Loizou & Associates, said that he finds limitations on the minimum area required for flats to be ridiculous.

“According to the current law, a two-bedroom flat must cover a minimum of 80 sqm. With going prices, one square metre of a flat in Nicosia costs around €2,000. Thus, the difference between a 60 sqm. two-bedroom flat and an 80 sqm flat would be a good €40,000,” said Loizou.

Loizou said the Town Planning department insists on preserving the law as it does not want to see Cypriots living in ‘cages’.

“I understand their concern, but on the other hand though, if the citizens of this state are not able to buy or rent a home, what are the alternatives? To me, it sounds like saying that if we are to buy a car it has to be a Mercedes and by no means a Mini. If someone cannot afford a Mercedes shouldn’t they have the opportunity to buy a smaller car?”.

Meanwhile, developers seem to be backing the government’s plans in the belief that it will further stimulate growth in the construction industry.

The Federation of Associations of Building Contractors Cyprus (OSEOK) says that contractors and developers are exhibiting a vivid interest in incentives being put forward by the government as they find them to be attractive.

OSEOK’s Frangos Prokopas said that any relaxation on the building coefficient will mean that the cost of land for building is reduced, and the profit scope will increase. At the same time, it will give developers the opportunity to give back to the community.

“It will certainly create opportunities for a series of projects.”

“Building smaller flats, without luxury features, means easier projects which can be completed quicker. That means even lower cost, as developers will have to pay for fewer work hours”.

Prokopas argued that developers will not be building unreasonably small flats as they would want to see their units being sold.