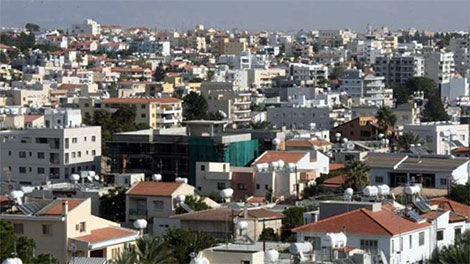 CYPRUS property sales continued to rise in January, with the number of sales contracts deposited at Land Registry offices in the Republic rising by 10 per cent compared to the same month last year.

With the exception of December 2018, when sales fell by 48 per cent due to the rush to buy land in December 2017 before the government introduced VAT on land sales, the number of property sales has increased for the 21 consecutive months.

January 2019 saw a total of 766 contracts deposited at Land Registry offices for the sale of commercial and residential properties and land compared with 695 in January 2018; a rise of 10 per cent.

Property sales up in all districts

In percentage terms, Paphos lead the way with sales up 14 per cent followed by Limassol, where sales rose by 12 per cent. Meanwhile sales in both Nicosia and Famagusta rose by 10 per cent, while sales in Larnaca rose by 2 per cent.

Domestic sales rose 33% in January 2019 compared with the same period last year, with sales rising in all districts with the exception of Larnaca, where they fell by 10%.

Sales in Paphos, Limassol and Nicosia rose by 67%, 55% and 1% respectively. Unfortunately the January 2018 figure for Famagusta cannot be calculated as the Department reported that overseas buyers deposited 3 more contracts than the total number of contracts deposited.

Property sales to the overseas (non-Cypriot) market during January 2019 fell 8% compared to the same month last year with 357 contracts of sale deposited compared with 387 in January 2017.

With the exception Famagusta, where sales declined 40%, they rose in all the other districts.

Nicosia led the way with sales rising by 40% followed by Paphos, where sales rose by 37%. Sales in Larnaca and Limassol rose by 33% and 7% respectively.

While sales in Nicosia doubled and sales in Larnaca rose by 12%, they fell in all the other districts.

Sales in Famagusta fell by 67%, while sales in Limassol and Paphos fell by 33% and 4% respectively.