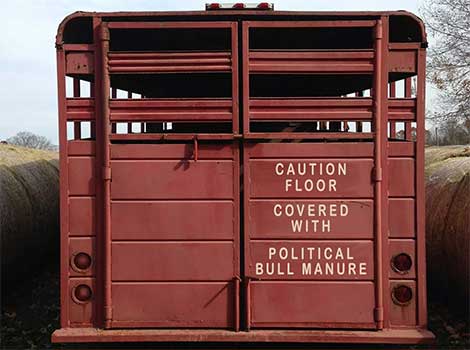 OVER THE YEARS we have come to expect promises made by politicians that they have no intention of keeping and it seems their intention to resolve the ‘trapped buyers’ mess by Christmas was just another vacuous announcement.

For readers who have not heard the term ‘trapped buyers’, they are people who were deceived into buying property in Cyprus built on land that its developer had earlier mortgaged to a bank.

Back in 2015, as part of the bailout conditions with the Troika of Cyprus international lenders, a ‘trapped buyers’ law was introduced. This aimed to help some 70,000 who had paid for their properties in full but could not get their Title Deeds because the developers had mortgages on the properties. (Developers’ land and buildings are counted as assets that need to be offset against their debt to banks. This gives banks first claim on properties mortgaged by developers, including those they’d deceived home buyers into purchasing.)

However the banks, who naturally wanted to protect their interests, challenged the law in court. Judges ruled that the law was unconstitutional as it violated the article in the Constitution that gave people the right to enter freely into contracts. As a consequence, many ‘trapped buyers’ remained trapped.

But there appeared to be a breakthrough at the end of June last year, when it was reported that a ‘gentlemen’s agreement‘ had been reached; MPs would approve laws making it easier for banks to collect their dues in exchange for banks not raising objections to trapped buyers getting their Title Deeds, providing that the purchase was done in good faith.

(The obvious problem, of course, is that a gentlemen’s agreement must be made between gentlemen.)

The law making it easier for banks to collect on their dues was subsequently approved; no action from the banks.

At the end of October chairman of the house finance committee Averof Neophytou promised to come down hard on the banks if they went back on their pledge not to oppose the implementation of the trapped buyers’ law.

But earlier this week it was announced that the Estia scheme will be launched officially in March. This is a debt-relief scheme for vulnerable homeowners whereby the state contributes towards the repayment of their loans on primary residences that have become non-performing.

Rather than coming down hard on the banks as Neophytou promised, this scheme actually helps banks reduce their non-performing loans while the tax-payer picks up the bill. As we reported on Wednesday the Bank of Cyprus alone said that €900 million of its loans are eligible for the Estia scheme.

If only the government would keep its promises and bankers act like gentlemen, the trapped buyers mess would be resolved by now!