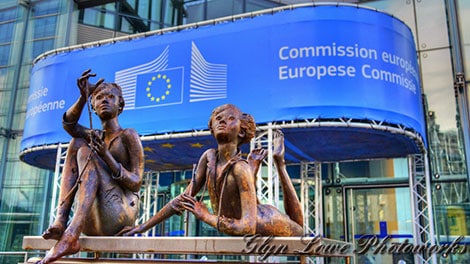 CYPRUS faces ‘excessive’ budgetary imbalances, the European Commission said on Wednesday in its winter package report approved by the College of Commissioners and presented in Brussels by Vice-President Valdis Dobrobowski, Commissioner Moscovici and the Commissioner Tysen.

In the category of countries with “excessive imbalances”, only three countries were ranked this year: Greece, Cyprus and Italy. Similarly, there was a softer ranking of countries with just “imbalances” in which Bulgaria, Germany, France, Croatia, Spain, Ireland, the Netherlands, Portugal, Romania and Sweden are included.

“Cyprus is experiencing excessive imbalances,” said the report. “A very high share of non-performing loans burdens the financial sector and high stock of private, public, and external debt hangs on the economy, in a context of still relatively high, even though declining, unemployment and weak potential growth.”

The commission warned that “the current account deficit is significantly negative, even taking into account the presence of special purpose entities, reflecting strong domestic demand as well as the negative saving among households, and is not adequate to guarantee a sustainable adjustment of the large stock of net external liabilities” and states that “deleveraging of private sector debt is ongoing but only slowly. New lending to the private sector remains limited.”

“The government support in the sale of the Cyprus Co-operative Bank had a one-off increasing impact on public debt in 2018,” it added.

Looking ahead, it said the high public debt was expected to be on a declining path on the back of a continued strong fiscal performance. Compared to last year, the reform momentum had been stepped up especially on the front of measures to address the vulnerabilities from non-performing loans, but more progress was needed on structural reforms to increase the growth potential.

In its report, the European Commission also noted that Cyprus had made “Limited progress on ensuring reliable and swift systems for issuing and transferring of title deeds.”