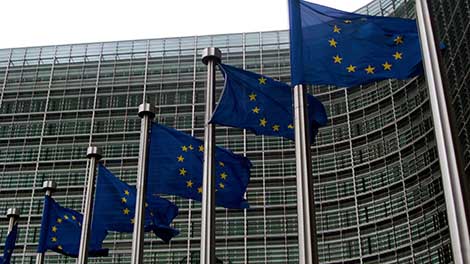 THE ECONOMY of Cyprus will continue to grow and will return to primary surpluses, but non-performing loans (NPLs) continue to weigh on the banking system, according to a joint assessment by the European Commission and the European Stability Mechanism together with the European Central Bank, upon the completion of the 6th Post Program Monitoring (PPS) mission.

More specifically the report says that the Cypriot economy continued to grow strongly in 2018, however “external headwinds are increasing and important national vulnerabilities remain.”

It is added that despite the global economic slowdown, remarkably strong growth continued for the third year in a row, reaching 3.9% in 2018. Growth was driven by domestic demand and exports of services, particularly tourism, while inflation remained subdued, the report says.

Moreover, it is noted that domestic demand is expected to continue to perform strongly in 2019, on the back of rapidly declining unemployment and moderately rising wages. “Nevertheless, the growth momentum is forecast to ease further, mostly reflecting the less favourable external environment” it says.

The report notes that “these challenges are further compounded by key vulnerabilities of the Cypriot economy, notably the still very high levels of non-performing loans (NPLs), private, public and external debt in a context of low productivity growth and high dependency on foreign capital flows.”

The underlying fiscal performance continued to be very strong in 2018 on account of buoyant revenues, it goes on, even though the general government surplus turned into a deficit due to the one-off banking support measures related to the sale of the Cyprus Cooperative Bank (CCB).

Furthermore, it is noted that for 2019 and 2020, the budget balance is expected to resume posting sizeable surpluses. “Risks mainly relate to the fiscal impact of the healthcare reform and the outcome of court rulings on past measures to reign in the public sector wage bill. Moreover, a sharper-than-currently-expected slowdown may adversely affect fiscal revenues” it is added.

On public debt, the report notes that increased significantly in 2018 due to the bank support measures related to the CCB sale, but is expected to steadily decline thereafter. “The high public debt underlines the importance of a continued prudent expenditure management to firmly anchor the downward path of public debt in line with the requirements of the Stability and Growth Pact” it is added.

Moreover, the Post Program Assessment says that last year Cyprus made significant progress in consolidating its banking sector and reducing non-performing loans (NPLs) held by banks, “but important challenges remain.” “In 2018 NPLs declined markedly mainly on account of two one-off transactions, i.e. the transfer of the non-performing CCB assets to the state-owned asset management company KEDIPES and the sale of a large NPL portfolio by Bank of Cyprus. This strengthened the balance sheets of the two largest banks. Notwithstanding this important progress, NPL resolution remains a top priority as the NPL ratio in the Cypriot banking sector continues to be the second-highest in the euro area” it says.

Moreover, it is noted that the NPLs transferred to KEDIPES and other credit-acquiring companies continue to weigh on the economy. “To continue with NPL resolution, it is now essential to enhance payment discipline and resolve unviable debt by fully using the amended insolvency and foreclosure frameworks. Rigorously assessing the compliance with the eligibility criteria and swiftly triggering foreclosure procedures in the case of re-defaults will be critical for the performance of the forthcoming ESTIA scheme for NPLs collateralised with primary residences.”

Another key priority is, according to the report, the establishment of KEDIPES as a successful asset management company in line with the corresponding State aid decision. “This includes setting up an effective governance framework, ensuring operational independence from the State, and having an adequate supervisory framework” it is added.

Institutions believe, moreover that the still favourable economic conditions provide a window of opportunity to step up the pace of structural reforms to boost potential growth. “A key priority is the judicial reform, which is essential for the functioning of the economy. This involves increasing the specialisation of courts, clearing the high accumulation of cases and revising the outdated civil procedure rules. This would also have a beneficial impact on repayment discipline” they say.

Moreover, it is noted that “it is important to swiftly address the long-overdue reform of the title deeds issuance and transfer system” and improve the efficiency in the public sector, in particular the functioning of the public administration and of local governments. “Furthermore, the business environment needs to be improved, including through the simplification of the procedures to obtain permits to invest in Cyprus, the opening up of the electricity market, and the completion of privatisation projects” it is added.

These reforms would, according to the assessment, help diversify investment to sectors other than construction and tourism, currently the key drivers of growth. It is also noted that the implementation of the national healthcare system is expected to improve access to affordable health care services by reducing high out-of-pocket expenditure and at the same time, it will be important to contain related fiscal risks.

European Commission staff, in liaison with staff from the European Central Bank, visited Cyprus from 18 to 22 March to conduct the sixth post-programme surveillance (PPS) mission. The mission was coordinated with an International Monetary Fund (IMF) “Post Program Monitoring” mission. Staff from the European Stability Mechanism (ESM) also participated in the mission on aspects related to the ESM’s Early Warning System. The next PPS mission will take place in the autumn of 2019.

The housing market in Cyprus is set to slowdown in the medium term following a reduction in the number of sale contracts deposited at Land Registry offices during the second half of 2019.
Read more
Non-Performing Loans