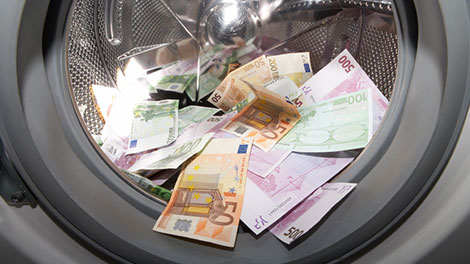 THE EUROPEAN Parliament urged EU member states on Tuesday to curb money-laundering in the bloc by ending programmes by several countries, including Cyprus, to sell visa and passports, a step the multi-billion-dollar industry said would cause economic damage.

The document was the result of a year’s work by the parliament’s committee on financial crime and tax evasion. The report has now been adopted by the whole assembly, boosting its political weight, though it remains non-binding.

Lawmakers said EU states should “phase out” as soon as possible all existing schemes to market citizenship and residency permits to wealthy foreigners. Currently 20 of the 28 EU states run these programmes.

The economic advantages of these schemes “do not offset the serious security, money laundering and tax evasion risks they present”, the resolution said, echoing a report from the European Commission in January.

The industry’s trade association, the Investment Migration Council, said that ending the programmes would threaten vital investments in “peripheral economies”.

Lawmakers upheld the Commission’s warnings on risks posed mostly by programmes run by Malta and Cyprus.

“A good first step to combat intra-EU money laundering would be to get rid of the so-called ‘golden visa’ which are a gateway for money laundering and organised crime,” said Markus Ferber, head of the conservative group in the parliament’s economic committee.

In the report, lawmakers also urged the creation of an EU-wide financial police to counter the laundering of proceeds from criminal activities, which they estimated amount to €110 billion annually in the EU.

They called for stricter rules and supervision to counter money laundering in the face of the series of scandals which hit several banks, noting that the latest overhauls maintained several loopholes in the EU legal framework.

The report further urged the EU Commission to assess money-laundering risks posed by legal arrangements such as special purpose vehicles and non-charitable purpose trusts, especially in Britain and its crown dependencies and overseas territories.

The report by a special European Parliament committee on financial crime and taxation that was made public at the end of last month named Cyprus and the six other member states as displaying traits of tax havens.

Its report was adopted in February by the overwhelming majority of MEPs, including the European People’s Party (EPP) – the biggest group in the European Parliament whose membership includes ruling Disy.

Included among the committee’s findings and recommendations were that the seven EU countries facilitate aggressive tax planning; that the golden visas and passports were problematic and should be phased out; that there was great concern about member states’ general lack of political will in Council to tackle tax evasion/avoidance and financial crime; that the cum-ex fraud scheme clearly showed that the complexity of tax systems results in legal loopholes and that multilateral, and not bilateral, tax treaties were the way forward.

The recommendations ranged from overhauling the system for dealing with financial crimes, tax evasion and tax avoidance by thoroughly improving cooperation in all areas between the multitude of authorities involved, to setting up new bodies at the EU and global level.

Cyprus has been censured a number of times by the EU over the lack of transparency of its citizenship-by-investment programme and inadequate checks regarding the origins of wealth of individuals.

In the initial report, Polish MEP and committee coordinator Dariusz Rosati pointed out Russia’s role in several scandals was investigated by the special committee. “Money laundering cases, including ING Bank, ABLV Bank, Danske Bank as well as Deutsche Bank were linked to Russian capital or citizens,” said Rosati, the EPP group’s spokesman in the special committee.

“In addition, the infamous golden visa programmes very often benefit Russian oligarchs. Our work in the committee has proven that Russians and Russia play a disreputable role in tax avoidance, tax evasion and money laundering within the EU.”

The EPP group also censured the inability of EU member states to agree on fundamental measures to tackle the problem of legal tax avoidance.

“Through inaction and lack of cooperation, member states are enabling the problem. The single market needs, among others, a Common Consolidated Corporate Tax Base. We call on the Council to stop quarrelling. European citizens do not want their leaders to be the weakest link in this battle,” Rosati said.