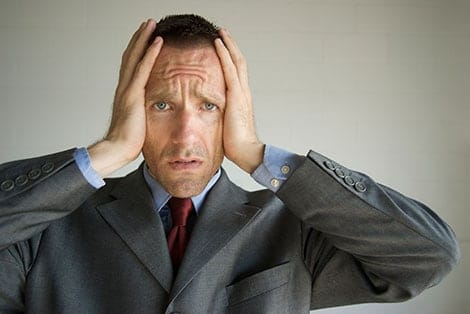 NOT HAVING Title Deeds makes it harder for owners to sell a property or to take out a mortgage on it, while banks find it difficult to put these properties back on the real estate market, impeding, to some extent, their efforts to bring down their Non-Performing Exposure.

Bank officials and real estate agents said the practice of developers not acquiring a certificate of final approval for housing projects such as for apartment blocks, has led a number of housing units to be stuck in the market.

Talking to the Financial Mirror real estate specialists confirmed that the problem exists in Cyprus because developments have not obtained a certificate of final approval or horizontal division into separate Title Deeds.

In comments to the Financial Mirror, Costas Zeniou, director at Delfi Partners & Company, said the issue is focused primarily in residential developments and arose after various relaxations were made by authorities to facilitate transactions of real estate before the completion of projects through contracts of sale.

“The issue was exacerbated by many projects remaining incomplete or because a number of offending developers who for various reasons did not file for final approval and as a result, a Title Deed was never issued,” said Zeniou.

“In addition, a backlog of unissued Title Deeds at the land registry, the result of the rapid increase in transactions during the boom era of the real estate sector, has also played its role in a number of properties remaining without a Title Deed,” he added.

He said depending on the current state of development of each project, this issue can be a significant expense for the banks.

In the cases where developers failed to acquire a final approval due to them not complying to plans submitted for the issuance of urban and building permits, “banks may be burdened with significant costs in order to comply with regulations that allow the issuance of a final approval certificate and horizontal division of ownership into separate Title Deeds”.

Zenios said this problem affects only a small segment of real estate in Cyprus and a subset of the bank’s NPE’s.

“However, the involvement of retail buyers in large incomplete projects introduces a significant complication for working out these exposures, since it is often the case that units in these projects have been sold to local and foreign buyers, in many cases with local financing, which often is also not performing”.

Zeniou said the banks have an NPE for the developer’s financing for the entire project, as well as individual NPEs that concern buyers for units of that project.

“This introduces significant delays and complication in such projects, as the bank needs to concurrently workout the developer’s exposure as well as the retail exposure.”

George Mouskides, Chairman of the Cyprus Property Owners Association said there is also the psychological aspect, as although a Title Deed could be issued thanks to recent amendments in laws regarding property transactions, buyers are put off by the uncertainty surrounding these properties.

“Current procedures are extremely slow. In order for someone to have a Title Deed issued could take up to two years,” said Mouskides.

Buyers are reluctant to purchase a property without a Title Deed as they cannot be certain whether the building complies to the permits issued.

The problem is not so much the lack of legislation, rather than the laws were not applied.

“Developers always had the obligation to file for final approval, but a significant number failed to do so. According to existing laws, no one is allowed to reside in a building which has not had a final approval issued,” explained Mouskides.

He added: “Authorities should step in. For example, the electricity and water supply authorities should not be allowed to connect properties to their network, if they do not have a Title Deed issued”.

“Title deeds should be issued on the same day the project is delivered to the buyers. In order to achieve this, the whole permit issuing system needs restructuring. Cyprus needs to see the creation of a ‘one-stop-shop’ which will take care of all licenses and permits needed for a development to be completed.”

Pavlos Loizou, Partner at Resolute Asset Management, said that banks are having difficulties in repossessing properties without a Title Deed.

He said the problem is concentrated mainly on apartments, which are a small part of the banks’ asset portfolio.

“Although not impossible to do, more delays will come into to play as a bank will have to apply to a court of law to get a decree allowing them to transfer the property’s sale document to its name,” said Loizou.

He said that potential buyers of such properties will also encounter problems as banks will not finance a purchase of properties without a Title Deed.

“Recent laws and amendments to the existing framework have made it easier for a trapped buyer or owner of such property to issue a final approval and in turn a Title Deed, but it still takes time.”

Head of Hellenic Bank’s Economic Research Department Andreas Assiotis said that banks are also troubled by the fact that in some cases they lose out when repossessing a housing complex such as a block of flats from a developer.

“In the case the developer has already sold parts of the development which was given as collateral for a loan, then the bank repossessing that development has both the moral and legal obligation to see to it that the buyers of these flats will not be deprived of their property and that a Title Deed will be issued,” said Assiotis.

He added that there are cases for which issuing a Title Deed may seem like an impossible feat, but banks are not particularly worried over these cases, as they will not pose a serious threat to banks’ efforts to bring down their NPE.

“We need to credit the country’s legislators for giving banking institutions a series of tools to use in their efforts to bring down their NPL portfolio. We have seen that the main tool used by banks is the packaging and selling of loans,” said Hellenic’s head of research.

He said significant changes in the legislative framework, coupled with a better financial environment has led defaulted borrowers to come back to the negotiation table.

“The time needed for a property to be repossessed has been halved, dropping to just six months.”

Zeniou believes both the “banks and legislation has evolved to prevent such problems arising in the future. This will restore investor confidence in the real estate market overall, as a clear ownership infrastructure is essential to foster investment and growth in the sector”.

Marinos Kineyirou, President of the Council for Registration of Real Estate Agents, said that buyers should only look at properties with Title Deeds.

“Unfortunately, despite changes made in the legislation have somewhat made things easier for trapped buyers or owners of such properties to issue a Title Deed. However, there are a number of properties for which it seems almost certain that they will never have a Title Deed issued,” warned Kineyirou.

“So, it’s up to the future buyer to research the property and make sure there are no surprises. That is why potential buyers should seek advice from professionals.”